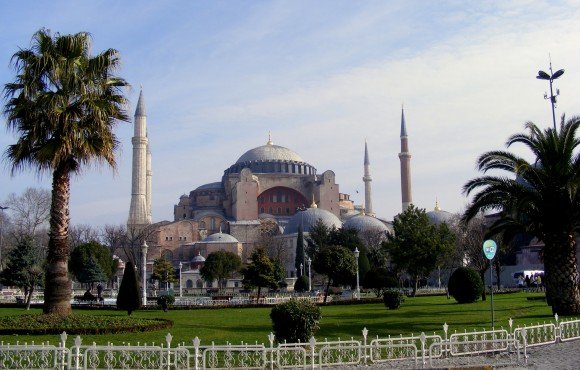 As this is supposed to be a blog about Turkey, we’ve been wondering about how much longer we can get away with warbling about the cricket and Test Match Special and then, this morning, bingo! Hürriyet online newspaper had a report about a British man arriving in Istanbul to arrange a cricket match. Curiouser and curiouser. Anyway, this story has now taken up most of our day so I feel justified in telling you about it and giving it a great big unapologetic plug!

When the boys (England) won the Ashes in summer, one man – who we have now found out is called Oli – decided to set off on his bicycle with the aim of arriving in Australia for the next Ashes series. Each country he passes through, he is hoping to spread the word about cricket and arrange some matches…

Well, last night, he arrived in Istanbul from Bulgaria, hence the Hurriyet story and us finding out about it. Apparently, he has managed to arrange a cricket match for tomorrow. Who is going to be playing in it, we have no idea but hats off to him. We just get looks of bemusement whenever we mention or attempt to describe the sport. He’s got a blog (we’ve put a link to it on the left somewhere) so we’re hoping he’s going to say what happened in this match.

Further research done by Barry (as I said, this has interested us all day) has revealed that Turkey actually has a cricket board in Ankara. There are 4 teams! Amazing. We’ve asked a Turkish friend, who comes from Ankara, about this this afternoon and he has no idea. Looks like it’s going to be down to Oli to spread the word.

Anyway, Oli has a blog about his journey which told us he was being interviewed on Test Match Special this afternoon. There’s a coincidence. Sod’s law – storms today mean there was no electricity when the interview was broadcast but we can listen to it later online hopefully. His last Twitter update was from an hour or so ago and you’ll be pleased to know he’s in a pub in Istanbul watching the cricket!