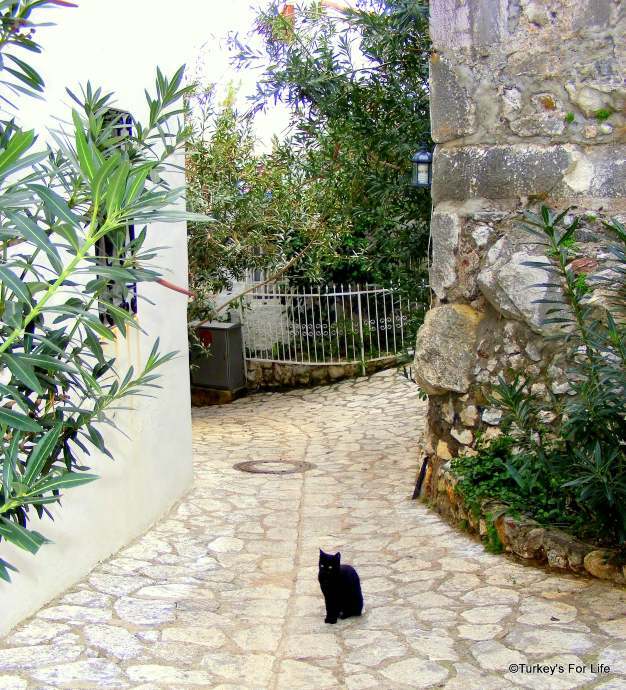 In 2010, you may remember we were showcasing what we loved about Southwest coastal Turkey in winter when we visited places like Sarıgerme and Akyaka.

We usually hired a car and stopped off in these areas en route to Dalaman Airport or Milas-Bodrum Airport to pick up our winter visitors.

Flight diversions meant we had to get a car to rescue stranded friends in Bodrum and if you’ve ever driven from Fethiye to Bodrum, you’ll know that 4 hours on a winding road is a bit of trek.

On one particular occasion, having done the Bodrum Airport run a couple of times before, we decided to have a whole day out en-route.

Our first stop was Marmaris. Why Marmaris?

Because we’ve never wanted to go there! This is British package-holiday-heaven and it was time we dared to tread where millions of others had dared to tread before us.

Time to leave the comfort zone.

This was in the hope that we would be pleasantly surprised. We’d been to Marmaris in the past to get catch the ferry or catamaran to Rhodes and we’d passed through town en route to Datça and its surrounding peninsula.

All looked pretty and peaceful on those occasions – but then in a summer party town, things tend to look this way at 7am.

This time, it was December, storms were brewing, it was cold.

It wasn’t pretty! Obviously, the grey weather didn’t help matters but, if you know this blog, you’ll know the sunshine is not an important part of our life in Turkey.

We love Fethiye after a storm so what was the problem with Marmaris?

Why haven’t we written about it till now, 13 months later?

Truthfully, because we always want to be positive on this blog and we were struggling for positive things to write.

After parking the car, we wandered around a semi-deserted town where most of the shops in the centre were closed.

We enjoy the tranquillity of closed-up tourist resorts – but Marmaris should have been different.

We all used to laugh in Fethiye when we got money-off vouchers for particular stores at the supermarkets: our nearest store was always Marmaris. Not a lot of use to us.

And so, out of season, we expected Marmaris to be a typical, coastal West Turkish town.

But that wasn’t the case. Thankfully – and a plug for this place if they are still in business – we found Star Lokanta, close to the ‘Bar Street’ entrance; one of the only places that was open.

It was lunchtime and the chef was just placing all the food into the trays of the bain marie.

Presumably, people were going to appear from wherever they worked to eat all this fabulous food. There was a lot of it!

‘You can have a bit of everything if you want,’ the chef said, nonchalantly.

Fed up and feeling a bit sad, we went for that comfort option.

Along with the Old Town, it was a definite highlight.

Marmaris has a huge marina and a beautifully maintained, inhabited old town – but we think there’s even more to come for future visitors.

When we were on the Datça Peninsula at the end of November we stopped off in Marmaris on the way back to Fethiye and we were expecting the same scene of closed-up shops and bars.

Granted, the sky was a pristine, clear blue and the sunshine always puts a different slant on things, but Marmaris is definitely changing.

We’d heard that Marmaris wanted to improve its holiday image, but we were wondering what would actually be done about it.

How do you go about changing the image of a town in a short time?

Well, a large, popular supermarket with a couple of floors and an underground carpark is currently being demolished.

What will appear in its place we have no idea, but all this is really close to the seaside and the old town.

Previously-closed shops on the street opposite are now patisseries, coffee shops and clothes shops.

It was open for business and, most importantly, it was busy with locals.

So intrigued, we might have to venture back to Marmaris over summer to check it out. Will it be an all-new Marmaris?