There’s no doubt that Fethiye is a town in transition. From the creation of a harbour where there were once reeds, to the building of a new Fethiye town square, to the pedestrianisation of the Dispanser area.

All the change has spawned a number of new restaurants, cafes and bars both along Fethiye harbour and around town.

But, amongst all of this upheaval, Fethiye still has its institutions; those places where locals have been eating for years.

And while it’s fun to try out all of the new bars and restaurants with their new, modern, brightly coloured furniture, the Fethiye institutions are a comfort in a time of change. One of those institutions is Yengen. 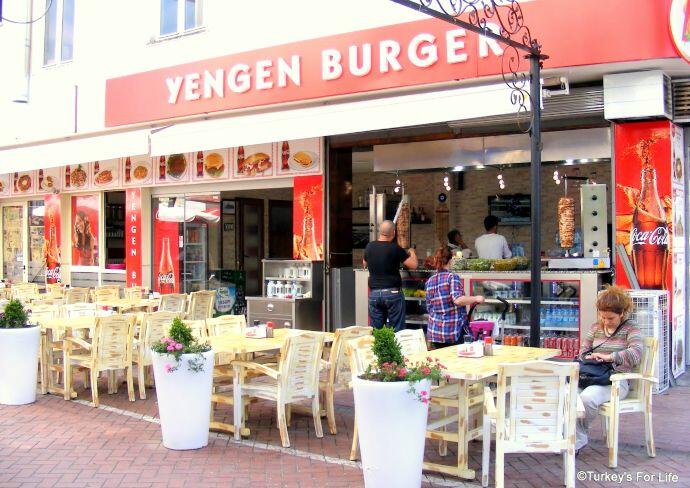 Yengen is an institution

Back in the ’90s and early 2000s, Yengen was a little kebab shop that had been serving the best karışık dürüm (mixed meat and chicken döner wrap) known to humanity.

Yengen maybe even predated the ’90s but our love affair with Turkey didn’t begin until the late ’90s – and that’s when we discovered the difference between a decent kebab and a fantastic kebab.

But the era of change in Fethiye seemed to inspire many, including these two old school veterans, to leave their comfort zone and branch out.

You Get What You Pay For

We’ve always had favourite eateries for favourite foods and Yengen has always been a favourite for a mixed döner kebab meat…but we only go there when we’re particularly hungry because they’re packed with filling. 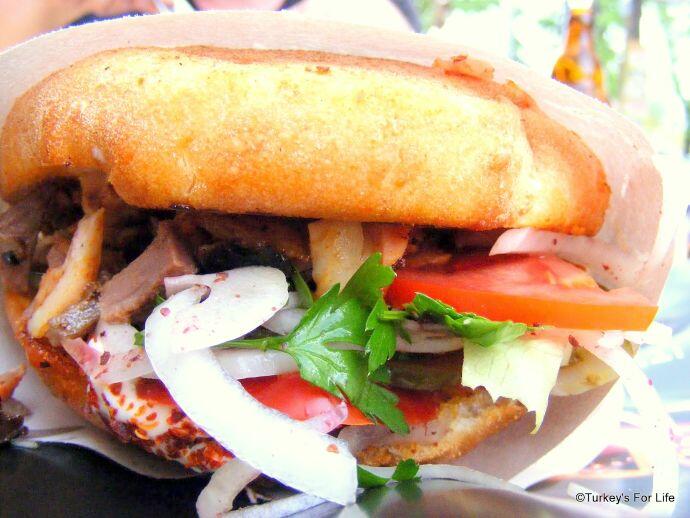 We love our kebab served on a bread known as ‘tombik’

You’re not going to get a super cheap kebab here but the meat is good quality and know you’re going to be full when you leave the table. Oh, and you get a bowl of pickled chillies to work through while you’re eating.

For years, we’d go to the Yengen Burger on Çarşı Caddesi and order a take away en route to Deep Blue. Sometimes, we’d sit inside, just then we didn’t need to negotiate the art of walking the streets and eating at the same time without the weekend gladrags displaying evidence of what we’d just eaten!

A quick kebab, a quick ayran and then off to begin the night out.

These days, just whenever we’re in town, if we get a kebab urge, we head to the edge of Paspatur to Yengen’s current location.

The guys don’t need to ask us what we want; just the bread we’d like it served on. Mixed meat and chicken on either a half bread, dürüm (wrap) or ‘tombik.’

Tombik (also called ‘gobit’) is the bread you can see in the photos. A rounded bun that is light and airy in the middle and crisp on the outside. Gobit means ‘podgy’ – it’s a more podgy bread than the lavaş used for dürüm.

Yengen Burger is more than just a name for the business. Yengen burger – or yengen sandviç – is also the name of a Turkish speciality sandwich. 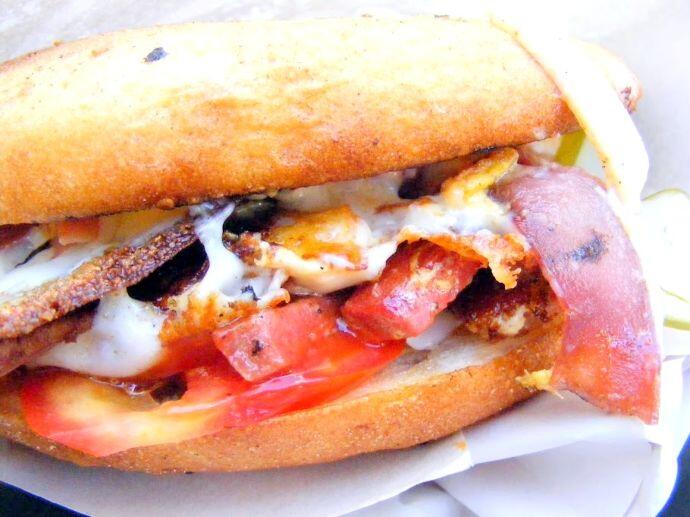 Eating a yengen at Yengen

We ordered one once, just because – well, we couldn’t not try the sandwich that gives our favourite kebab joint its name. And we’re always keen to try something new, anyway.

The Yengen sandwich is something a little bit different and is not be ordered if you aren’t feeling particularly hungry. Bearing a resemblance to the Çeşme Kumrusu the Yengen has a couple of extra ingredients.

Order a Yengen and you will get a tombik or gobit filled with:

Your fillings may vary slightly, depending on who serves you. And, if you look at other Yengen recipes, the egg fails to make an appearance. It certainly made for a packed sandwich when we ordered ours! 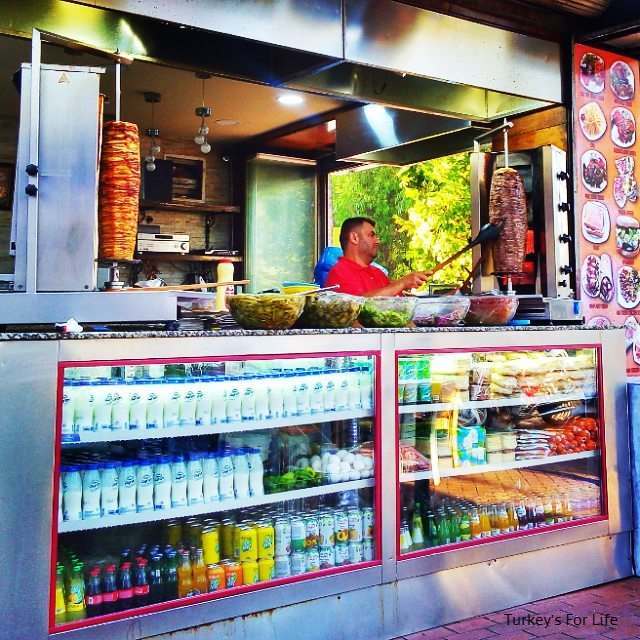 The happy sight of meat slicing at Yengen

For as long as we’ve known Fethiye and been in Fethiye, so has Yengen Burger. At first, lots of people were taken aback when the move was made to its edge of Pasapatur location.

It has display fridge, printed menu and WC – none of which were present in its previous home. It looked shiny, modern and new.

But the years have passed and Yengen is firmly rooted – and, for us, along with many of our Turkish friends, we can’t imagine a Fethiye without Yengen.

@ Corinne: These kebabs are just the best and don't you worry yourself about that, there was definitely a cold Efes downed with it. ;)

@ Erica (Irene): Of, are you visiting the Fethiye area this year? Lovely. Hope you make it to Yengen. They're most people's favourite kebabs.

This post is making me soooo hungry.I love these lil' local eateries....thanks for sharing your local hangouts. I'm going to copy this as I might visit in that area this fall'...great pics.

@ London Caller: If you come to Fethiye, you'll have to go to Yengen, then! :) As for Turkish Muslims drinking beer - some do, especially in the coastal areas. Some prefer rakı...and some refrain from drinking any alcohol at all. Most of our friends enjoy the odd beer or rakı.