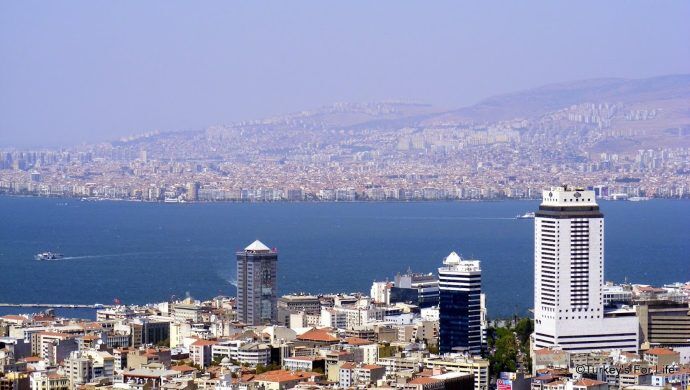 2012 has been a bit different to previous years for us in that we’ve spent our first twelve months with Turkish residency. This has meant we haven’t done any of our regular day trips to Meis so we had a bit of spare travel cash to play with to go somewhere a bit different. Let’s have a look at some highlights of how 2012 panned out for the travel section of this blog:

Towards the end of 2011, we found ourselves on an unexpected trip to Datça and its peninsula with friends and, in January, we wrote a post reflecting on the differences between Palamutbükü now and how we remembered it from eight years ago. Click the link to read about the beautiful Palamutbükü.

You can always expect Istanbul to feature heavily in any talk about travelling Turkey on this blog. In February, we wrote about our friend’s ceramic shop, Istanbul Ceramic, which is in the Grand Bazaar (Kapalı Çarşısı).

We’re not big on shopping centres, historic or not, so a visit to our friend is the only time we venture into this world famous building. Click this link for more souvenir photos taken in Istanbul Ceramic.

Ahhh, once again, we’re in Istanbul – well we declared our love for the city in our post, ‘Istanbul – It’s A Love Thing’. In March, we told you all about our favourite place to sit and drink çay and smoke nargile when we’re in the city. Read about Çorlulu Alipaşa Medresesi.

April saw us returning for a day trip to the Turkish UNESCO World Heritage archaeological sites of Letoon and Xanthos.

Because it was so early in the year, we had the sites to ourselves. These are our posts on Letoon In Photos and a Xanthos Photo Tour.

This is the month where our travels took us out of Turkish borders. It meant a return to Istanbul at the end of April so that we could fly to Italy from the most impressive Sabiha Gökçen Airport.

During our time in Italy, we were privileged to visit San Pietro, Italy’s Kayaköy.

What’s the rush? Why fly up and down Turkey, when you can feel the size of the country by making use of Turkey’s excellent intercity bus network? In this post, we photographed and described the bus journey from Fethiye to Istanbul.

This is the month when we have most friends over to visit, so any explorations tend to be closer to home. The definite highlight of July was hiring a car with friends and driving along the mountain road to Kabak.

This series of posts was really popular so it looks like a lot of us just fall in love with that area when we see it.

In August, we started to look back on some past travels that we hadn’t really covered in any depth on the blog.

We kicked off with past trips to Bodrum and its peninsula. There, we reminisced about the huge boatyard at İçmeler and the rather smart marina at Turgutreis.

This was the month where we took ourselves off to explore the Turkey’s third largest city after Istanbul and Ankara, the Aegean city of Izmir.

On our return, September posts included Izmir Saat Kulesi and the views over the city from Asansör.

Any budding sailors out there? In October, we featured our first interview on the blog when we interviewed travel blogger, Dave Dean about private yacht charter in Fethiye.

We continued with our series of posts about our trip to Izmir (and we still have more to come). We were keen to stay in the city rather than take off to explore the highly popular environs because we like to get a real feel for a city.

Our hike up to Kadifekale revealed a different side to Izmir and we soaked up the atmosphere of Alsancak at night with this series of photos of Izmir after the sun goes down.

Of course, November is when many around the world commemorate Remembrance Day. Our contribution to this was a look back on our trip to Italy and our emotional visit to the Polish war cemetery at Monte Cassino.

Well, December is all about looking back – which is what we’ve just done – and looking forward. What will 2013 bring with regards to travels around Turkey? Definitely another trip to Istanbul – well, of course. Other than that, we’ve got a good few ideas pencilled in – and time and money will determine which of those ideas come to fruition.

Thanks so much for following our random wanderings in, and out of, Turkey in 2012 and we’ll have much more to come in 2013. Hope to see you on the other side. In the meantime, we’re not done with 2012 just yet…Keep an eye out for our next post on our Turkish food highlights.