This time last week, we were telling you about how we got ourselves happily lost in the warren of streets that is Izmir’s Kemeraltı. Many of the streets are covered with mesh and vines to keep them shaded, so it’s even more difficult to get your bearings because, at times, you can’t see any of the taller landmarks that would otherwise help you out.

We were in the area to find Kızlarağası Hanı which we knew was a historic building…we just couldn’t find it! We even sat down on a bench at one point, took out the tablet and set up the GPS. We weren’t far away. We could see the courtyard of the han on the satellite images, we could see the flashing you-are-here marker. We weren’t far away…but we still couldn’t find it.

Isn’t Kızlarağası Hanı just a beautiful building? An old kervansaray (a resting place where travelling merchants could sleep, wash and feed), built in 1744, Kızlarağası Hanı is now every shopper’s dream. Now, you know we don’t like shopping! We were there to view the Ottoman architecture and check out the eateries and the Izmir Turkish coffee.

Kızlarağası Hanı shouldn’t be missed if you ever do stay in Izmir – and you’ll be pleased to know there’s a much easier route than the one we chose at first attempt. On the second attempt, we realised it is actually a very easy place to find! 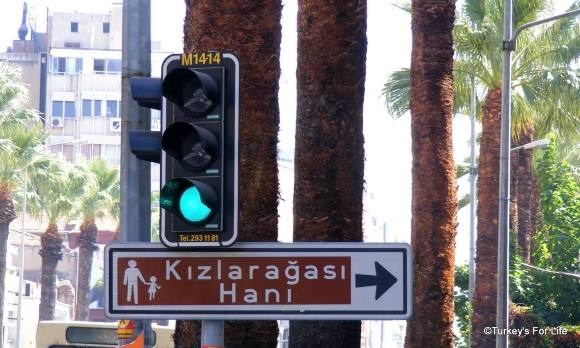 Getting to Kızlarağası Hanı is easy when you know how

Life’s so much easier when you find signposts! Just opposite Konak Pier shopping centre on the seafront, there’s a wide, busy street called Fevzi Paşa Bulvarı. All you need to do is stroll a few minutes along this street, away from the sea and you’ll come across this sign. You’ll also pass a fabulous kebab stand, but we’ll tell you about that another time. For now, follow this sign and take a right. 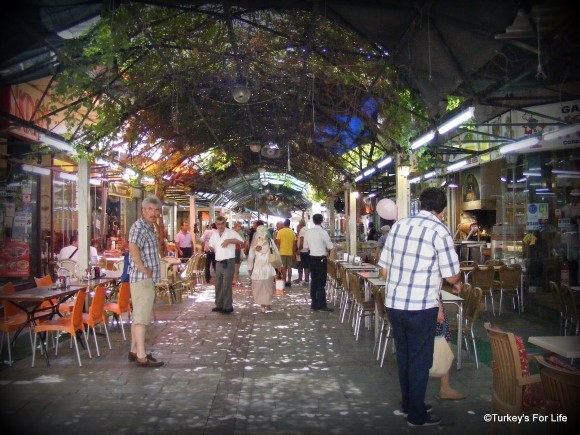 Pretty isn’t it? We’re in the eating areas of Kemeraltı. No need to go hungry in Izmir. But keep walking straight ahead for now. We’ve got a historic han to find. 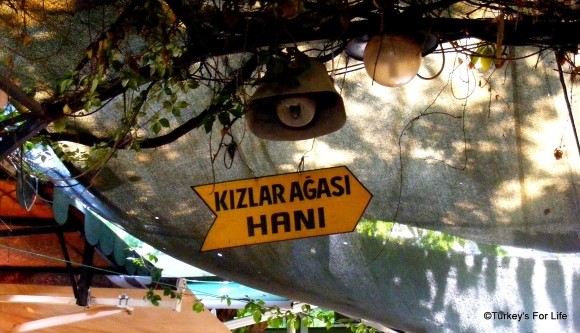 Blink and you’ll miss this pointer

And you need to keep your eyes peeled for this sign pointing to the right. It might be bright yellow but it’s just hanging from an overhead tree branch amongst all these tempting eateries. Follow it to the right and it’s that easy. The holy grail is before you. 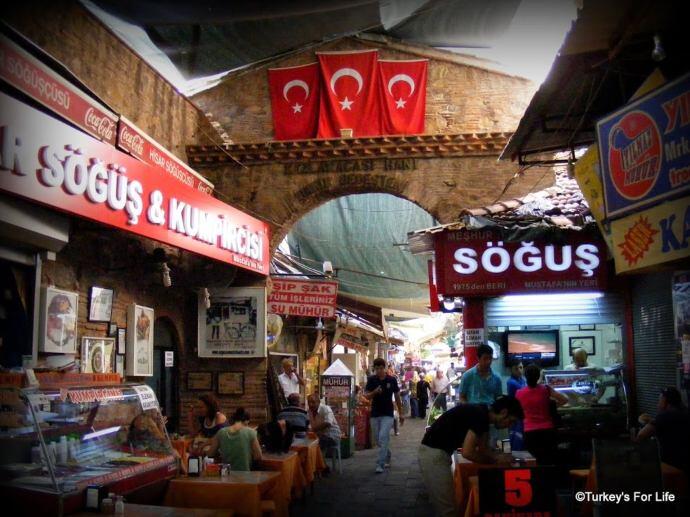 One of the gates to Kızlarağası Hanı

It’s still not screamingly obvious, is it? But that bricked archway is one of the gated entrances to Kızlarağası Hanı. (You can also see from this photo why we became so curious as to what söğüş is. This word popped up everywhere, so we made sure we ate söğüş before we left the city!) 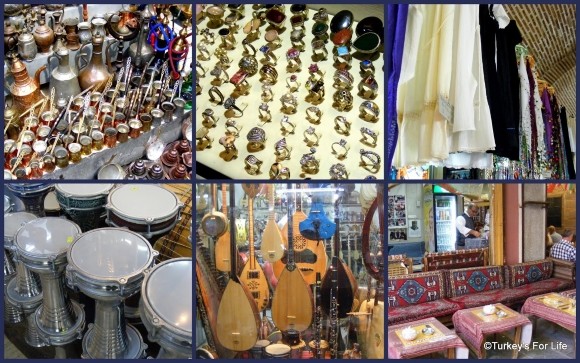 What would you buy?

Enter through the archways to your left and you’ll soon work out that Kızlarağası Hanı is Izmir’s version of Kapalı Çarşı (the Grand Bazaar) in Istanbul. All manner of souvenirs available to keen shoppers, but it’s on a much more manageable scale – and there’s no ornate paintwork here. It’s a distinctly Byzantine style of bare bricks. 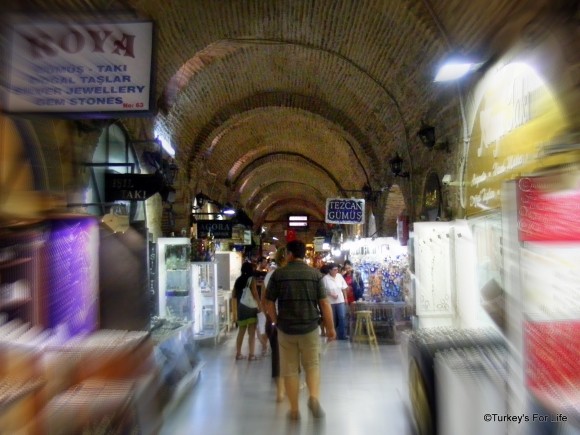 Long, arched tunnels of bare bricks, each side filled with brightly lit, colourful shops sitting neatly in the side arches. It’s all very pleasant. There’s a central courtyard, filled with eating areas and fincanda Türk kahvesi shops and, if you are a shopper, it’s likely you’re going to spend some time here. It’s not a claustrophobic maze. The open air streets of Kemeraltı are always close by so you can hop out of one gate… 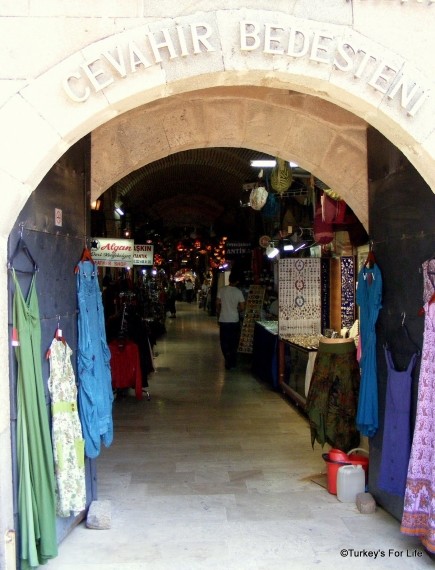 …walk for just a few metres and you’ll be greeted by another gate. Arches, lanterns, jewellery and clothes beckoning you inside once more. If you’re tempted, in you go. Us? We’d eaten, we’d seen what we came to see and a bar was now calling. Back down to the seafront for the more-than-pleasant breezy stroll back to the side streets of Alsancak.

So, would you be tempted to go shopping in Kızlarağası Hanı?

@ Jaz: I think a lot of people would. It wasn't actually too expensive, but we're good at window shopping. :)

i would shop endlessly and buy lots!