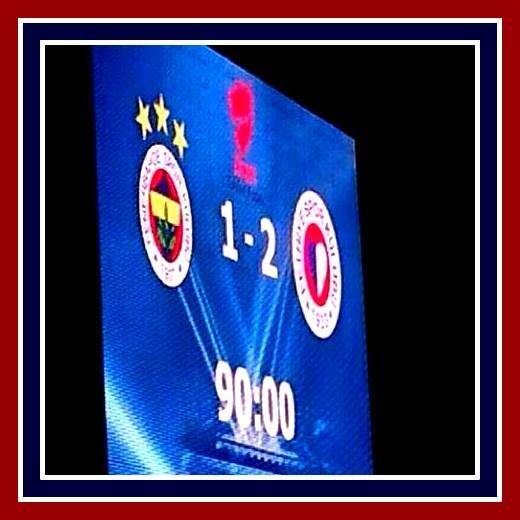 There are some days in your life that you never forget. Yesterday was one of those days – it was a historic day where your body and head doesn’t quite know what to do with itself; it was a combination of complete frustration, happiness, excitement, that head-in-hands-completely-gutted feeling that has no one-word adjective to describe it, jump-up-and-down elation…and then more jump-up-and-down elation.

And this morning, well no jumping up and down but a silly, fixed grin. Let us tell you all about it…

Today is the day Fethiyespor are at Fenerbahçe Şükrü Saraçoğlu Stadium to take on Fenerbahçe in the 4th round of the Ziraat Turkey Cup.

This is big. There’s an ongoing exodus to Istanbul by Fethiyespor supporters. We want to be on the way to Istanbul, too. We really want to be. Circumstances that can’t be helped mean we can’t be there – amidst the happiness, there’s also frustration.

And we are enjoying the day, too. Really enjoying the day. The frustration is part of that enjoyment. Facebook and Twitter are in overdrive – well they are if you like the Fethiyespor 1933 Facebook page and are friends with people who support Fethiyespor.

At one point, I share a video (you can watch that video, here: Beşkazanın Ruhu) and then look at my newsfeed – it’s a whole list of friends who have also shared the video. I’ve never seen my newsfeed look like this before. It’s all a bit crazy.

One long stream of the same video. We’re all online, all following, all sharing…all bombarding Facebook and Twitter with Fethiyespor, with match day.

If you’re a supporter of any team, you’ll know that ‘big match’ feeling, that anticipation, that excitement, the build up…and Fethiyespor supporters used Facebook and Twitter to feed all that throughout the day.

Well, we’ve been excited since the draw was made and it hit home that Fethiyespor were going to be playing one of the most famous teams in Turkish football.

But all of a sudden, we’ve been so busy sharing all things Fethiyespor all day (by now, there must be people who had never heard of Fethiyespor before who are now fully aware of who they are) we’ve not realised the time. Wow, nearly match time. Come on, let’s go.

We’re watching the game at Güven’s. They’re big Fethiyespor fans, too. It’s only right we go there.

And the teams come out onto the pitch. It’s the occasion here that’s exciting; just watching Fethiyespor play football against Fenerbahçe. It doesn’t feel real. And Fethiyespor are actually holding their own and are playing well.

Still no expectations, though. We’re all just enjoying it. It’s not been a happy time for the club so far this season. Everyone needs this.

45 minutes and counting. Our heads are in half-time mode now and it’s been a great first half. We’re looking forward to half-time pide.

And then – well ‘gutted’ is the wrong word. Dismay? Despair? We’re in the last seconds of injury time in the first half and Sabri Turgut goes to clear the ball…and we all watch it climb over goalkeeper Sammy Ndjock’s head before dropping, quite gently, almost in slow motion, into his own goal.

Whaaat? Nooooo. Hands on cheeks, gazing at the screen, watching the slow motion replay, willing the ball to go in any direction other than towards the goal. This has been the story of Fethiyespor’s season.

I want to cry for Sabri Turgut. What’s he feeling like, right now? I feel a bit queasy…just really sad inside…gutted? We still manage to polish off the pide, though! I’m supposed to be taking photos of all this but the camera remains in its bag, hung over the chair next to me. To be honest, it doesn’t even cross my mind.

Fethiyespor have a new technical director, Engin İpekoğlu. Wonder what he’s said to the team at half time because they come out playing well, playing better than Fenerbahçe…they look like they’re going to score…and then Onur Okan only goes and scores.

And we are jumping up and down and shouting in elation…and Onur Okan’s face looks like he too can’t quite believe he’s just scored a goal against Fenerbahçe in Fenerbahçe’s stadium.

More jump-up-and-down elation as another goal is scored…immediately followed by jump-up-and-down-shout-at-the-tv as the goal is called offside and the replay shows it wasn’t offside.

But wow, anyway; it’s looking like Fethiyespor are going to take Fenerbahçe to extra time. 7 minutes left – we can’t believe this – Ahmet Aras doesn’t just scrabble another goal for Fethiyespor, he scores a great goal for Fethiyespor! Waaaaahhhhhh, and other primeval noises fill the bar…

This wasn’t supposed to happen. Today, the town of Fethiye and Fethiyespor supporters all over Turkey and the rest of the word are smiling…and lots of us have changed our Facebook profile photos to Fethiyespor pictures…well, you’ve got to, haven’t you.