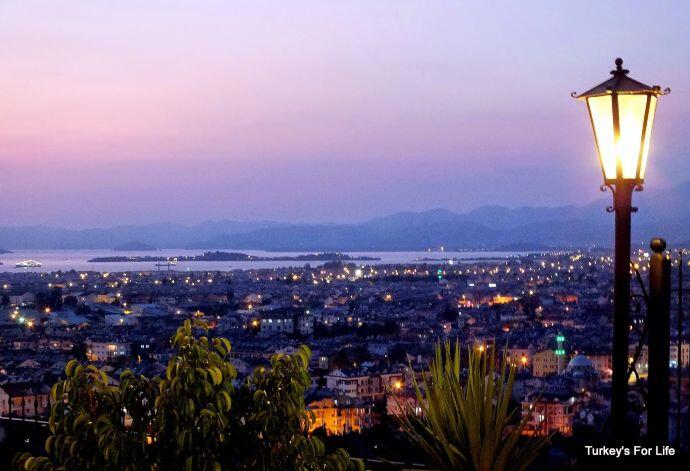 Really? September 2014 has been and gone? And now we’re going to look back on our month in Fethiye and tell you all about it are we? Wow, what a whirlwind.

Let me be completely honest here; I’ve just sat for the last hour or so going through photos from this month just to jog some memories and – thank you, photos – of course September has been a great month. It’s just that it feels like it’s only been a few days long.

We have been a part of it somewhere…not much of it has sunk in and registered yet, however. We’ll get there as October settles over us, chills us out and some sort of routine makes itself visible to us.

Fethiye In September – The Music Bit

September was a month of events and September is the month where the Fethiye Classical Music Festival commemorates the life of Turkish cellist, Benyamin Sönmez.

We always try to attend at least one event and, this time, along with a group of friends, we made our way up to the top of Babadağ to listen to a performance at Zirve Cafe.

Follow our events calendar if you would like to see what events are taking place when you’re in town.

And when you have so many friends over in Fethiye for their summer holidays, of course, there’s the essential day up at the Sundial Otel.

How many of us were up there on that day? Too many to count – but some of us stayed and enjoyed an evening meal as the sun set. Watching night time fall over Fethiye is perfect for taking a quiet minute to yourself…and for taking photos, too.

Fethiye in September – The Sporty Bit

And there were more Fethiye events in the world of sport. Usually, me and Barry take ourselves off alone to watch any sports events – but this year, for the Beach Volleyball European Under 22s Championships, some of our friends got really into it, too.

We spent a good few hours at the beach volleyball over the days it was on.

And what happened when Turkey were playing? A box arrived, filled with flags, and we all dutifully took our flags. The stand filled, two drummers arrived…and we all made a lot of noise. Turkey’s good at support!

Unfortunately, the two guys we were supporting narrowly lost their match against Denmark but they progressed further in the tournament than was expected so it was all good.

Ahh, Fethiyespor. A shaky start lead to Facebook mutterings of, “We can’t score, we’ll never score, the new team are not good enough.”

It was all despair. However, the team are plugging away, we keep the faith and last weekend we went to the match, ordered our yummy köfte ekmek, and sat down to watch them win 2-0.

The crowd was scant to say the least – lots of regular supporters are still busy working the summer season at hotels and restaurants.

And, of course, there are those who probably don’t fancy watching Fethiyespor now they’re in Lig 2. These kids don’t mind though. It’s always lovely to see so many kids at matches.

Fethiyespor are in 12th position and, as I type, are preparing to play 11th place Tokatspor later this afternoon. They’re a long way from home…

As you can probably tell from this post, last month was one big, busy, hazy mish mash for us. We’ve got a pretty chilled October planned so more regular blog posts should resume as we settle into a more normal routine.

We’ve got some cooking to do too, so expect the odd Turkish recipe to be in the mix.

This weekend through to Tuesday is Kurban Bayramı. If you are travelling in Turkey around this time, safe journey! And, to all readers for whom it’s Kurban Bayramı, enjoy your time with family and friends.