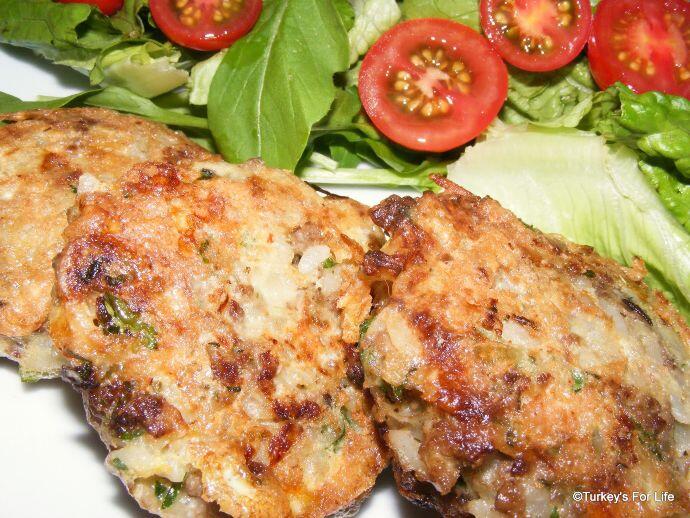 Kadın Budu Köfte – Lady Thigh Meatball. Hmm, well, where does this name come from? Ladies, I can’t help but think this particular type of köfte was named by a man who thought he was being humorous in declaring it resembled a woman’s thigh to his male counterparts before having a good old chuckle.

If anyone knows of any other theories (as that theory is purely my mind working overtime!) we’d love to hear from you.

Anyway, there’s usually a reason why we choose to do a particular blog post on any given day. Today’s post is a Turkish recipe for kadın budu because I made it last night for tea. It’s the first time I’ve ever made it and thankfully, it worked.

The reason why I decided to make it was because a portion of yesterday was spent browsing Istanbul hotels online. As you know, we’ll be heading up to Istanbul in just over a couple of weeks to take part in the Eurasia Marathon so it’s about time we found ourselves some digs.

When we went last year, we returned to Fethiye a few days later and headed straight for one of our favourite lokantas. On this particular day, they were serving kadın budu and it was just a pleasant welcome-back-to-Fethiye meal.

That meal popped back up in both our heads yesterday as we were were researching Istanbul so there was nothing for it but to go out, buy some meat and give it a go.

The main ingredients for kadın budu are really simple; minced beef or lamb, rice, egg, onion, parsley. Those are the basics and then you can play around with adding extras. Some people add cheese or dill. Guess what we added? Yes, that’ll be chilli flakes.

This recipe made 10 kadın budu köfte so you can increase the ingredients if you’re cooking for a lot of people.

And now, here comes the messy bit. If you’ve followed a recipe for köfte in the past and thought it was a bit messy on the hands, this one is even better.

As you might imagine, kadın budu can be very filling so we served ours with a simple salad of lettuce, rocket and cherry tomatoes dressed with a little vinegar and olive oil. A traditional shepherd’s salad would also make a erfect accompaniment.

Now, take a look at some more Turkish recipes.