Today’s recipe is not a Turkish recipe by any stretch of the imagination, so how has a recipe for homemade lasagne made it into our blog?

Well, you may remember last Wednesday’s blog post was all about our love for visiting Istanbul and, at the end of it, we said we would be in Istanbul again in April of this year – but we are only there because we will be en route to another city of the world.

That city of the world is Rome. We’re very excited to be going to Italy for a week to see some friends where we’ll have one night in Rome (yes, we know we’re not going to be giving Rome the attention it deserves in such a short amount of time but at least we get a taster) before heading south to our friend’s town of Monte Cassino.

The upshot of all that is we’ve got Italy on the brain at the moment and, as yesterday was Valentine’s Day, we treated ourselves to some minced beef (expensive in Turkey) and I made a lasagne.

We’re quite fussy with our lasagne. It’s got to be homemade! While the invention of jarred sauces may have made life more simple and the making of lasagne much quicker, they’ve also taken away the flavour of what a real lasagne should taste like.

In this recipe, we’re making our own bechamel sauce and we’re certainly not going to be using a jarred bolognese sauce! 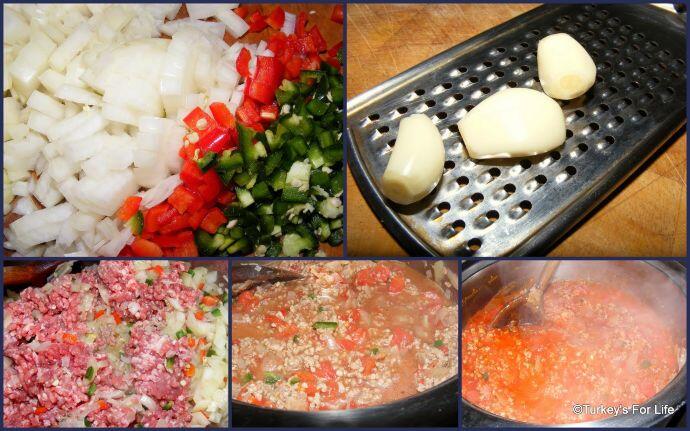 Making the meat filling for a homemade lasagne

First of all, we need to prepare the meat filling.

Now the meat is prepared, we need to preheat the oven to 190 degrees and move onto the bechamel sauce. 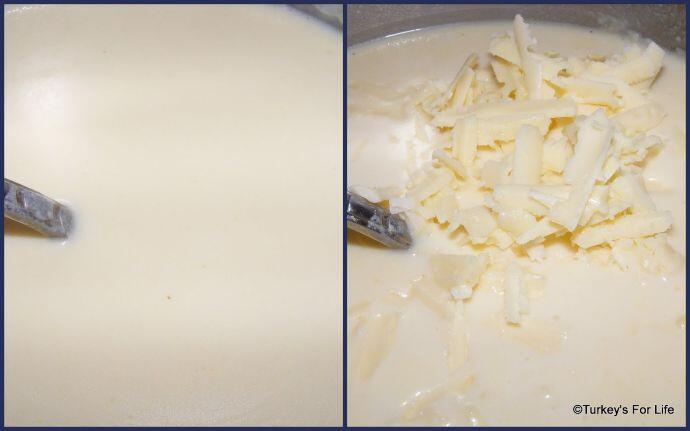 Making a bechamel is not as difficult as it seems

There is a myth that making a bechamel sauce is difficult. It’s actually very easy. You just need to keep stirring, hence the lack of photos for each stage of the process. Stirring and snapping photos isn’t easy.

Now we need to build the lasagne…

Build your lasagne in layers and top with cheese

No need to be too careful with this; try to work quickly as your bechamel sauce will thicken as it stands. 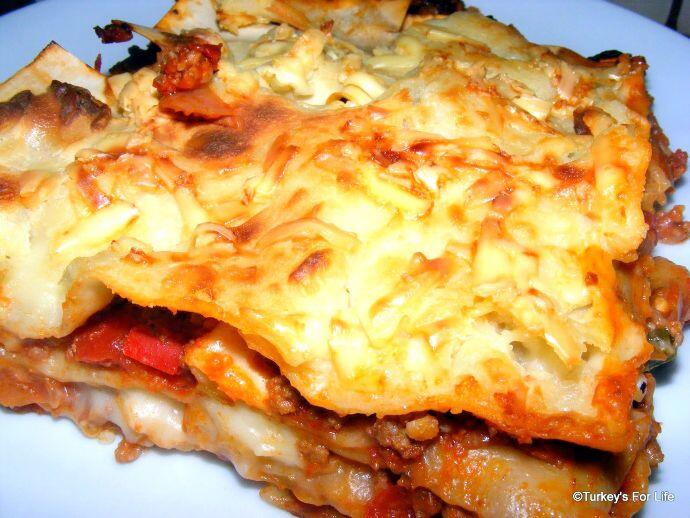 A wedge of tasty homemade lasagne

About this lasagne recipe:

@ bellini: We certainly tried to and hopefully, we can travel to Italy in real life in a couple of months - and squash a night in, in Istanbul, too. :)

You travelled to Italy for the evening in your kitchen.

@ Anjuli: We've always been big fans of keeping things simple when it comes to cooking. :) Sauces made from scratch just taste so much more real, don't they?

I'm with you about wanting the sauce to be 'from scratch'- I don't like the taste of the sauces which come prepared- I really loved your recipe- so much simpler than mine and looks soooo delicious!!!!!

@ BacktoBodrum: The yufka's an interesting idea! I love playing about with yufka. Last night was treat night so there was no worrying about carbs or calories. It was straight in with all the calorific goodies. :)