In Izmir, there is one historic attraction that most people know about. We almost felt duty-bound to go and see it to take photos of it. Izmir Saat Kulesi (Izmir Clock Tower) is the symbol of the city and arguably its most famous sight. We felt we couldn’t ignore it, and so, we went off in search of it…

..unlike Istanbul, there is not a lot that immediately jumps to mind when planning a trip to Izmir. However, we were there for six days. But, thanks to the tips given to us by a couple of Turkish friends, we more than occupied our time. And, in doing so, completely fell for the city of Izmir! 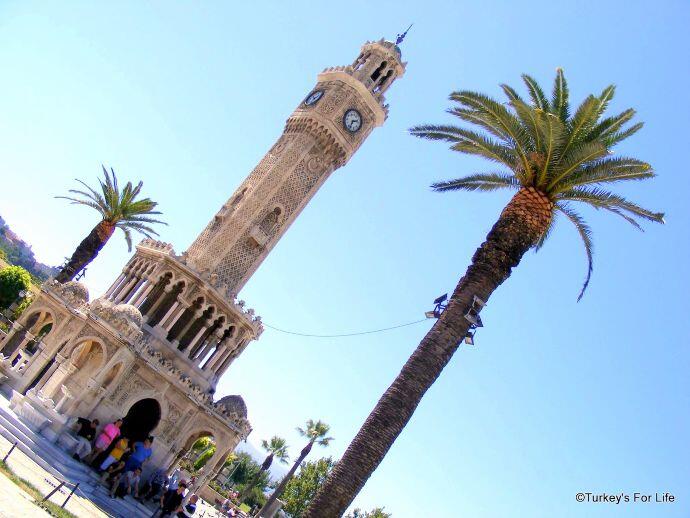 Izmir clock tower is the symbol of the city

We didn’t have to look far. A gentle stroll along Izmir’s refreshingly breezy seafront from our apartment in Alsancak and, half an hour later, we came across Konak Square and the clock tower centrepiece. Built in the early 1900s during the Ottoman period, it’s an ornate construction that in days gone by would have commanded attention. But when you view it from the sea, it almost gets lost in the mix of modern buildings that surround it. 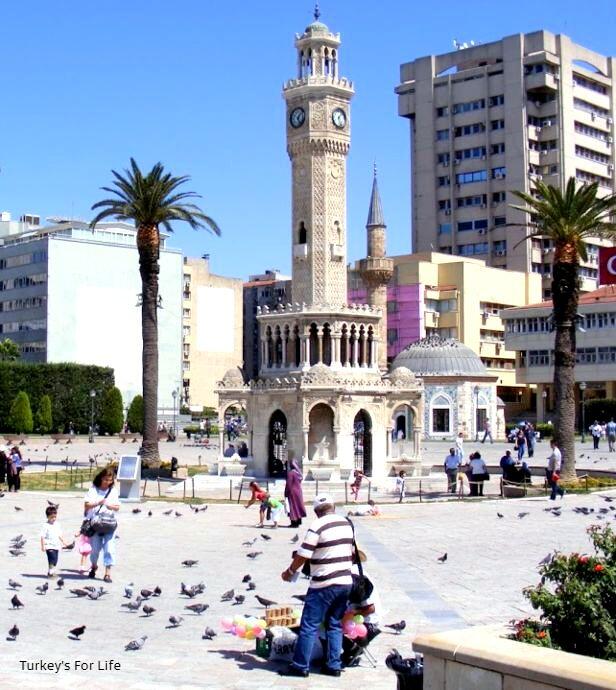 The historic and the modern of Izmir

And sometimes, it’s a happy mix. Other times, you can only stop and stare and let the mind boggle as to why someone thought it was a good idea to locate that particular building in that particular place. 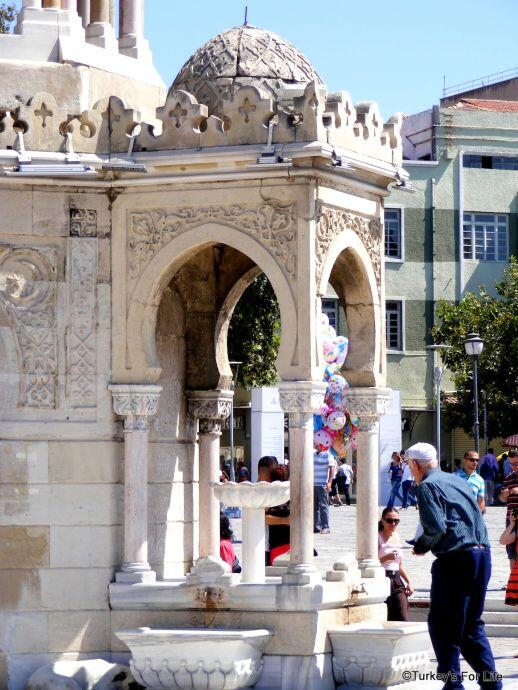 Water fountains surround the base of the tower

And so it is with Izmir’s saat kulesi. It faces the sea and stands proudly in the centre of Konak Square. Quite a sight when you look at it with the sea as your backdrop.

The Charms Of Izmir

And then to either side of it is the angular block that serves as the main city council building and a 1970s-style precinct. The whole scene isn’t easy on the eye. For a split second, your eyes have to do a search for the famous symbol of the city.

But somehow, for us, Izmir gets away with it. The city commands that you fall for its charms – and we willingly obeyed.

Izmir Saat Kulesi may be the symbol of Izmir, but there’s much more to this Aegean city than its clock tower.

Before deciding on our trip, the clock tower was where most of our travel knowledge of the city started and ended. By the time we left – and looking back now – it made up just a tiny part of our Izmir experience.

What are the flocks of birds that fly around and settle on the ground around the Clock Tower? Are they sea birds or pigeons?

Thanks for your comment. :) The birds around Izmir clock tower are usually pigeons. People feed them so there's never any shortage of them. :)