We decided to walk to Asansör – well, we’d walked everywhere else in Izmir so we figured we might as well continue the trend. It looked easy enough. Hit the kordon (promenade) in Alsancak and keep going until we could see Asansör.

We strolled along the seafront, passed Izmir Saat Kulesi and, an hour after setting off, we were opposite the building. A six lane road and a couple of side streets to negotiate and there it was in front of us: Asansör. 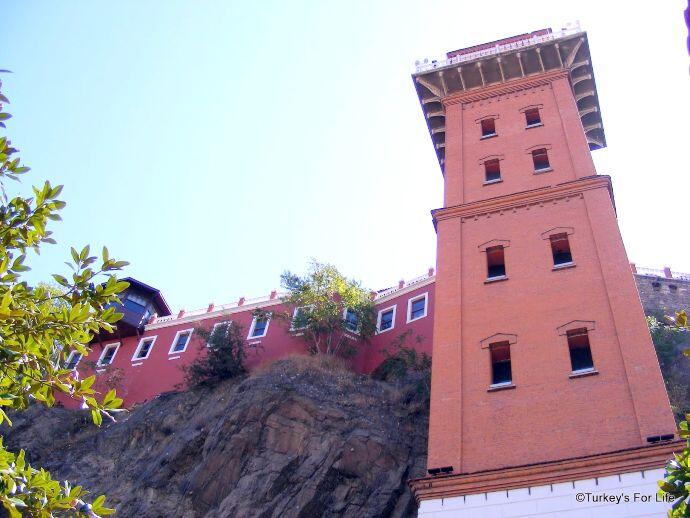 Up close and personal with Asansör

Wow, this thing is tall! Asansör is the Turkish word for ‘lift’ and inside that tower are two lifts that, these days, carry restaurant customers and camera-wielding tourists (us) up to the top to get fabulous views along the coastline of Izmir. The doors to the lift are made of glass so you can also see out – fleetingly – when the lift passes the windows in the tower. A bit of a head swim moment for me! 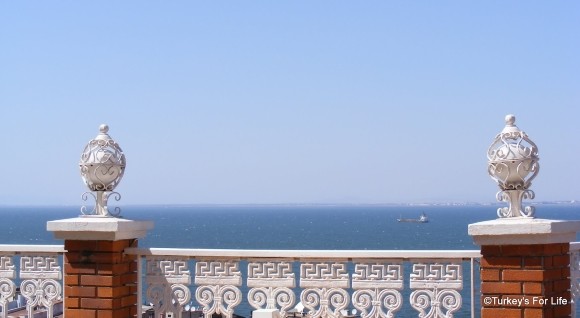 Views out to sea from Asansör

But, once balance was restored, we wandered around the restaurant, took in the views and all was worth it. Asansör is in Izmir’s old Jewish quarter in Karataş and was actually built for practical purposes.

The streets that climb up from the sea along this stretch of the Aegean coast look, and feel, almost vertical. According to the information plaque at the entrance to the lift, in 1907, a wealthy Jewish chap by the name of Nesim Levi Bayraklıoğlu decided he felt sorry for the elderly, pregnant women and children who had the constant, daily struggle of walking up and down the hills. The solution was to build a lift, hence the birth of this historic Izmir landmark. 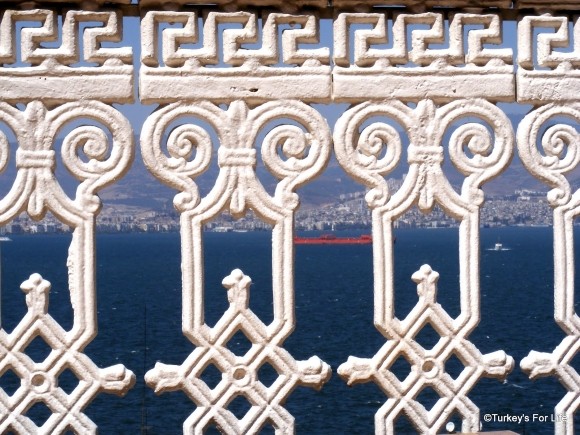 Asansör has worn different hats throughout its 100+ year lifespan but it eventually came into the ownership of a lady called Ayla Gökmen who then passed it on to the Izmir Metropolitan Municipality in 1983. Restoration ensued and, in 1992, it became available for the public to enjoy. It’s now a restaurant.

These two members of the public enjoyed it in 2012. We took a few photographs without being approached by a waiter – they must be used to aimless wanderers passing through all the time.

“Shall we have a drink? We might as well. We’ve come here, now. Be a shame not to.”
“This is gonna be pricey.” 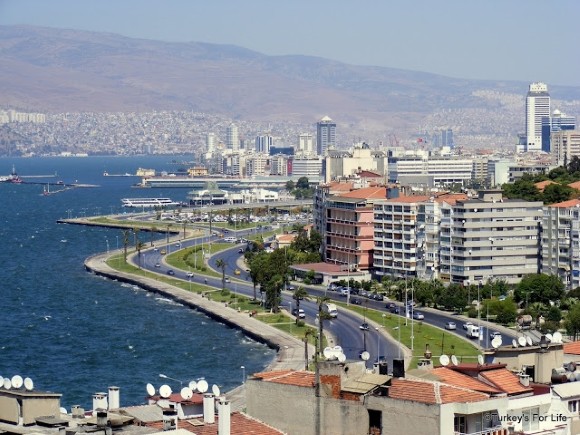 We sat down, asked for a menu and looked out along the coast, back towards Alsancak. The menus arrived, we took a deep breath and opened them on the drinks page. And this was yet another of our happy moments in Izmir – here we were, sitting in a famous, historic landmark, overlooking the Aegean Sea and the city…and a large beer was 7 TL. Happy days! 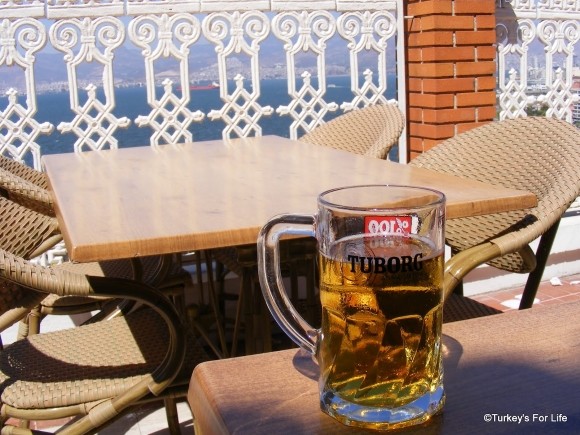 A beer with a view

Not everything in life can be perfect. The wording on this glass most definitely does not say Efes Pilsen. Not to worry though when you’re just having the one. And when we left, well, we thought we’d experience what the locals of the steep streets of Karataş live with every day – we skipped the lift and walked back down to sea-level. We can only imagine that when Nesim Levi Bayrakoğlu built Asansör, the people of this area were eternally grateful!

@ Kuday: Hey, wouldn't that be a good idea, and there's definitely room along the kordon isn't there? They could do a really long cycle track all the way from Izmir and around the peninsula. Would be windy but fun. :)

When you say "we'd walked everywhere else in Izmir", it comes to my mind that I wish there were special bicycle roads in İzmir so that one can bike all around the İzmir bay. That would be lovely.

@ Erica (Irene): In that case, isn't it lovely that Asansör has been opened up for us all to enjoy again? Maybe you'll notice lots of other changes, too, if you go back to Izmir. :)

Izmir sure has changed when I first went there years and years ago.....I remember that elevator being just shut down but now they have really renovated it and opened it up. Even my husband could believe the change and he grew up in Izmir.

@ Joy: And now you're on your way to Fethiye to enjoy the same views as us. Oh, so Asansör must get busy in the evening, then. Not surprised with that one. We just enjoyed a beer. :)