Regular readers will know that for the last couple of summers, we’ve spent quite a bit of time at the Yacht Classic Hotel along the Karagözler in Fethiye.

Towards the end of summer 2012, stories started to be heard that the land next to the hotel would be used to extend the grounds and a new pool would be built. “Interesting,” we thought – and of course, we’ve been ambling on up there throughout the winter months to watch progress. 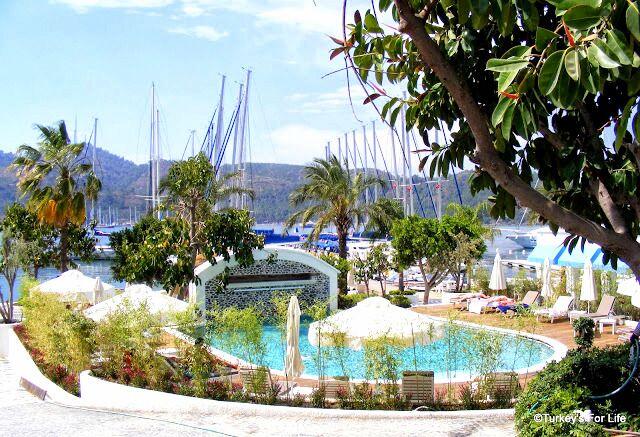 The ‘silent’ pool at Yacht Classic

And there’s still a few bits and pieces to be done on the new bungalows but, apart from that, in the space of a few months, this place has been transformed and is up and running. There are two new swimming pools – the one in this photo has replaced the previous pool – and there’s a couple of new bars, too. 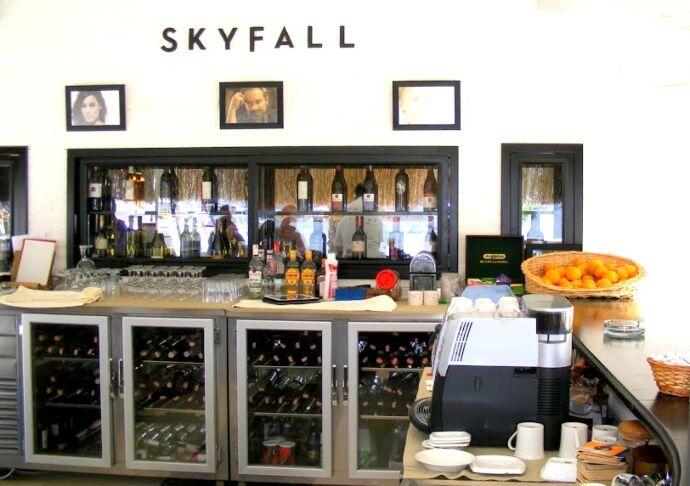 Where the previous bar was, there’s now Skyfall bar: well, what else are you going to call a hotel bar where Mr Daniel Craig and co have stayed? It’s all very clean lines, minimal and smart, but the atmosphere is still the same and you wouldn’t notice much has changed…until you look across to the new, extended area. 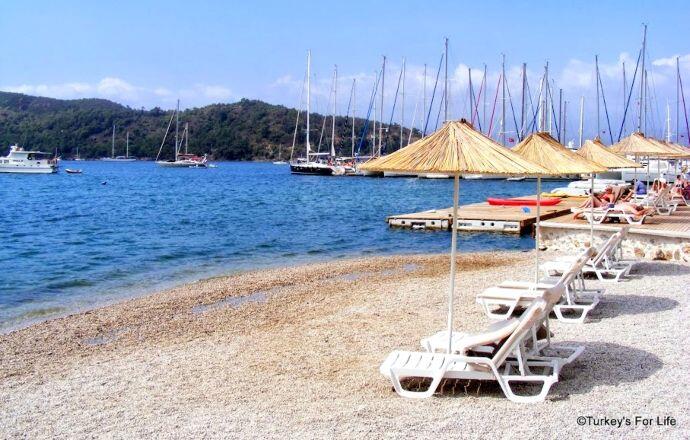 Right down at the far end, a small beach has been created and sun loungers placed on the shingle. We were at the hotel yesterday to visit some friends and we walked down to this section.

No one using this area – maybe the pool and the bar are too far away by the time you get to here? Each to their own but we think it’s lovely.

But it’s the new pool that people have been asking us about. At the beginning of the season it wasn’t ready and its adjoining bar was still half built.

Guests could only use the pool in the top photo but we knew the new one was going to be special. The space they had created for it was huge. 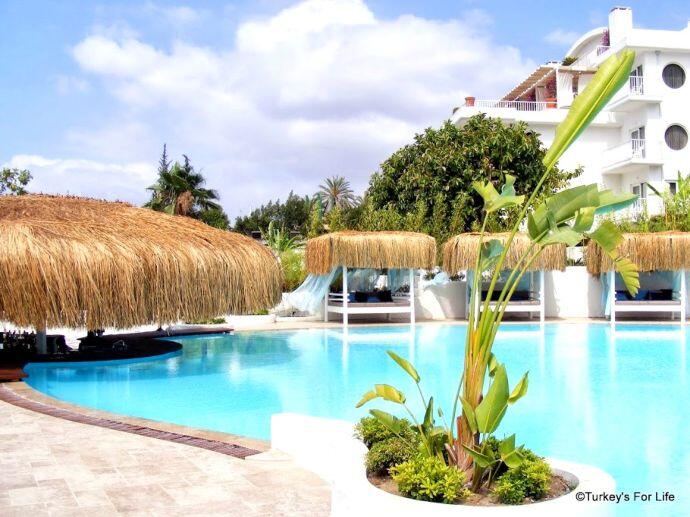 The pool and swim up bar at Yacht Classic

Yesterday, we saw it for the first time and there’s no denying it; it’s pretty impressive!

Should the fancy take you, you can sit on the underwater bar stools while you sip your drinks. There are sun loungers and the köşk areas and the pool is every bit as big as we pictured it would be.

It was also empty at the time we took this photo because the blue sky was disappearing and the breeze was stiff. 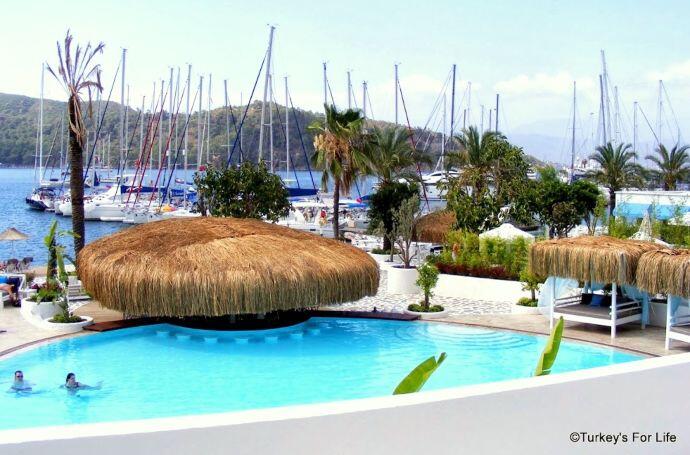 View from the bungalows at Yacht Classic

Quite lucky that the bungalows are still having the finishing touches applied to them because all the doors were wide open – so we took ourselves up there to have a look. Not a bad view from the patios, is it? There’s a jacuzzi inside each bungalow, too.

But it’s all change for non-guests at the hotel, too. Non-guests are still welcome to go down to have a drink at the bar or something to eat in the restaurant – but if you wish to sample the brand new pools and sun loungers, there is a charge.

What a gorgeous spot! I love that the loungers are far away from all the lively spots. It would be much more relaxing. :-)

This whole place looks pretty impressive and a nice resort to spend a vacation.... so serene and peaceful and the pool looks fabulous.I guess the Bars will have to shut down at 10 pm.... :-(

Great photos' and thanks for sharing your story.

@ Linda: You're welcome. Yeah, we understand, too. Think some people were going in there to use the pool and weren't really spending anything. We spend quite a bit when we go there so we can't be spending 50 TL on top of that, too. Let's see how they get on with it. It does look lovely, though.

I am having a virtual dive into that sea now Julia, looks so inviting - enjoy for us too : )

Thanks for the article. We've been wondering how the renovations would affect non guests. Over the past few years while on holiday we always spend the day here, having lunch in the restaurant and drinks during the day. Pity they are charging but I do understand, but of all the times we have had lunch here more often than not we are the only people eating in the restaurant at lunch time. A better system would have been to charge you the 25TL and then give you vouchers to the same value to put towards your lunch. Will people now be more inclined to pay the 25TL use the facilities and not eat/drink in the restaurant?