I’ll hold my hands up; I’ve developed a little obsession with our local duck population in Fethiye. Even Barry lets out a little, “Aww,” when we walk past them, so hopefully, these little animals are bringing as much joy to the other passersby as they are to us. (Ahh, the simple things in life, eh?)

We’re really not sure where these ducks have come from; whether they were introduced to the area or whether they’ve just made their own way here because they liked the look of Fethiye. (Well, why wouldn’t you?) It started off as a few plump white lovelies and has since expanded to mallards, too, and they just bob about at the water’s edge…right next to where there’s significant construction work taking place to continue Phase 3 of Fethiye harbour. 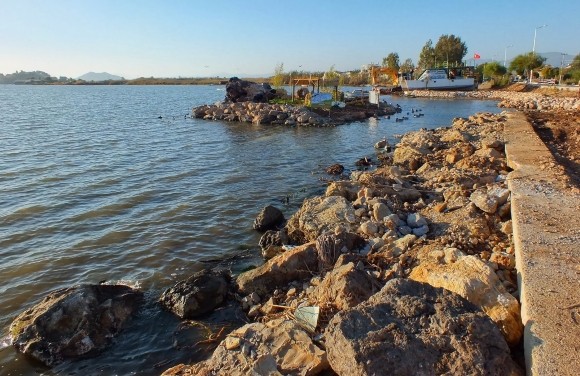 Once upon a time, overhead cables lined this route, intermittently supported by huge concrete poles. They weren’t pretty. They ruined many a potentially good photo, too! But Fethiye has gone all 21st Century and cables are now underground, and, one by one, the concrete poles have been dismantled and taken away.

The route the new harbour wall has taken at this section means the land is now pushed back further back than it was previously. (It needed to happen as, in the past, the road was always flooded.) And so we were left with a little island because there was still a huge concrete poll standing there, uselessly, all on its own. And we wondered what was going to happen… 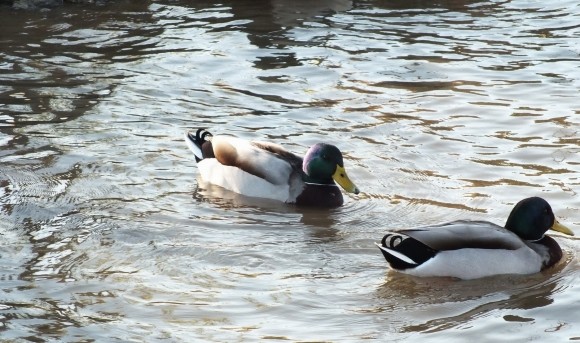 Drakes in the sea

Well, what happened is the pole was eventually dismantled and the ducks commandeered the area. Every time we walked past, they were there and didn’t look much interested in moving too far. Something must have been planned, because next a bamboo duck ‘house’ appeared on the island. And the ducks were starting to use their little house.

And then yesterday, we walked past again, and there was a sign. Yes, Fethiye now has its very own, Ördek Adası (Duck Island). 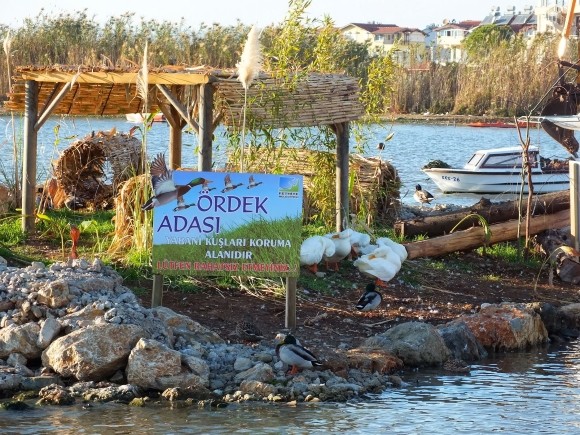 Ördek Adası is in the same area as Çalış Kuş Cenneti (Bird Paradise) and is a protection zone for birds. It seems to work. You might remember recently we came across two flamingos on Çalış Beach; they were just minding their own business, sharing the space with sunbathers. It was all very bizarre – but lovely, too. But back to our Fethiye duck population… 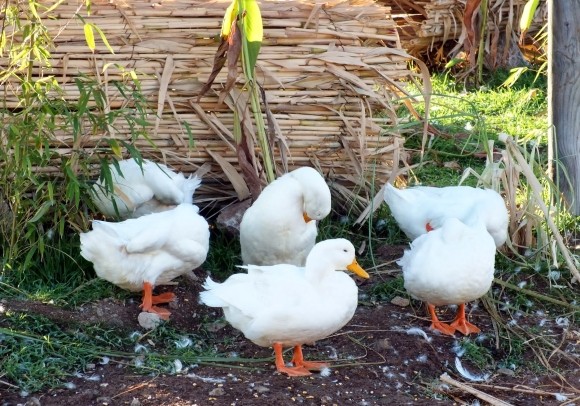 Just look at them. When you’re walking along the sahil road between Fethiye and Çalış, you can’t not stop for a moment to watch them. They make you smile. As a kid, I spent hours on end in Wigan Park with my mum, feeding the ducks – and it would be lovely to see similar sights here once the harbour is all finished. And surely a day is going to come where we walk by and see ducklings? Now that is just going to be so cute! 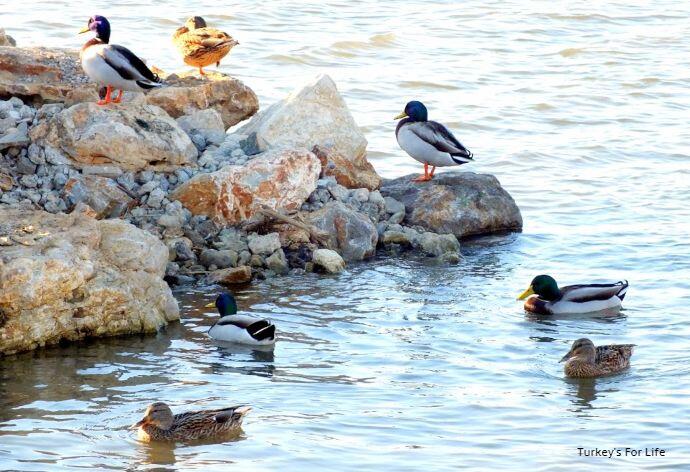 While away the time watching the ducks

For now, though, our resident ducks look happy enough in their little habitat and don’t seem to mind one bit that they are temporarily sharing it with diggers and dumper trucks. And our walks to Çalış across temporary rubble, mud and dust are given a little happy boost by pausing to watch them for a few minutes before we continue to the beach to catch a famous Çalış sunset.

they really are so adorable! enjoy the sight for us too : ) selamlar, Ozlem

Fab aren't they? We'll think of you next time we see them, Özlem. :)

I'm always surprised to see ducks on the sea. Don't know why but suspect it stems from my landlocked Midlands upbringing.

Well we didn't know ducks liked the sea, either. Appears they do. :)

I love that these strangers were welcomed and given a home of their own. :-)

Yes, they're definitely an interesting addition to Fethiye! :)