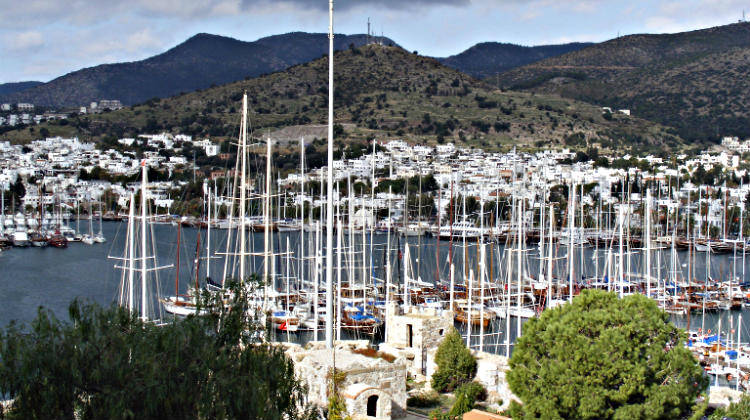 If you’re wondering what book to read next, let us make a suggestion for you…

Yes, what seems like many many moons ago, we wrote a gushing book review of Jack Scott’s debut book, Perking The Pansies; Jack and Liam Move To Turkey.

If you’re not familiar with Jack Scott, he’s a fellow blogger and, also, as you can see, a published author to boot.

Perking The Pansies was the first half of Jack’s, and husband Liam’s, expat sojourn on the Bodrum Peninsula.

We all loved it, laughed out loud, tittered, felt sad, recognised ‘expat characters’ from our own lives, wondered what was coming next…

We were told the sequel was on its way.

And then we waited…and wondered when the sequel was coming…and then, yeahy, it’s finally here!

Because, after 6 months, Jack and Liam decided it was time to move on from their adventures in Yalıkavak.

They took themselves off a few miles along the road to downtown Bodrum, right in the centre of where it’s all at. Welcome to Turkey Street!

Downtown Bodrum where, in summer, Brits descend on their annual holiday.

It’s a heady mix. And, then, stir in a few expats and Turkish locals…Bodrum’s a small town.

In exactly the same way as Perking The Pansies, if you’re anything like me, you will read Turkey Street in a matter of days (two days for me).

Jack has a cutting wit that makes you titter and suck your breath in between your teeth in how-are-you-getting-away-with-that style.

It runs through his writing…and also flows from his mouth as he quips back at some the characters in the story.

‘Story’ and ‘characters’ are the wrong words to use, really…

That’s all part of real life – it’s often accentuated in expat life – and Turkey Street is a perfect portrayal of all of that.

You’ll have to read the book for yourself…

Turkey Street is now available in paperback and on Kindle…

Many thanks to Jack Scott for asking us to review Turkey Street!