If you’re familiar with the Fethiye region, you’ll no doubt have heard of Fethiye, Çalış Beach, Ovacık, Hisarönü and Ölüdeniz. However, there is one area that we have (until now) neglected to mention. That’s because, for some reason or other, we haven’t walked down to that area in a long time.

After yesterday’s cloudy downpours, the air was crisp and fresh today. The mountain scenery was clearly visible, fresh snow had settled on the higher mountain tops overnight and the sun was shining. Perfect weather for a gentle stroll through Çalış, along the beach and into the area known as Koca Çalış. 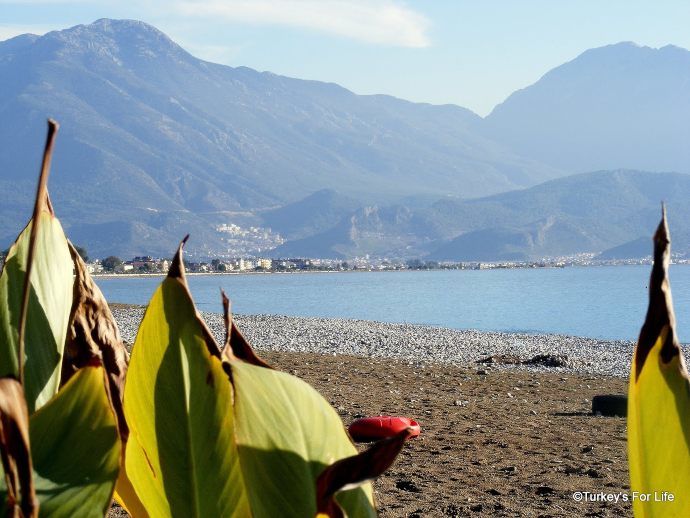 Views from the beach at Koca Çalış

In (quite recent) days gone by, Koca Çalış was a wild area of beach, marsh and reeds and was reached from Çalış Beach via a pebble road (beach extension) and sandy track. Some days, it would be impassable because rain would create a lake.

There was a small housing complex and a wooden shack on the beach that passed as a bar/restaurant. It was called Birlik (it’s now Mekan). We would go down to there in the winter months with friends and feel like we were sitting in a secret, hidden place, watching over the rest of civilisation. (You can see Çalış Beach and Fethiye from Koca Çalış.)

The Fethiye region is a fast-growing area and there are now lots more villas in Koca Çalış. You can also reach it from Çalış Beach via a tarmacked road no less and there are a couple more restaurants.

The sunset from Koca Çalış is just as beautiful as the famous Çalış Beach sunset and today, as you can see, the sea was peaceful and calm – just the occasional crash of the odd wave. 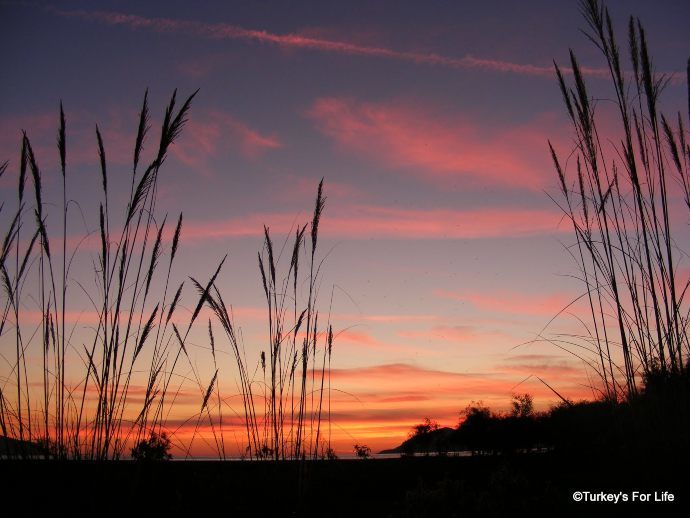 Reeds grow along the roadside in Koca Çalış

It was an afternoon stroll that we embarked upon but the sun is setting earlier and earlier and the light was fading as we headed back towards home. 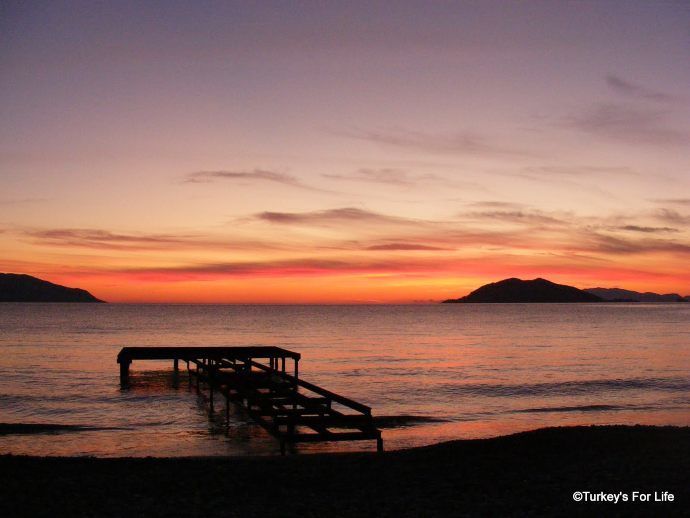 And, as you can see from the photos, despite the growth of the area that is Koca Çalış, it is still possible to have that feeling of being in a secret area, where no one else goes, overlooking the rest of civilisation.

Thanks Natalie. You can't beat a good sunset can you? I'm starting to take FAR too many photos of them though. :)

Fantastic pictures. I love sunset pictures. We have an area near here called Mavisehir and the sky turns orange when the sun is going down. Reminds me of the power of mother nature.