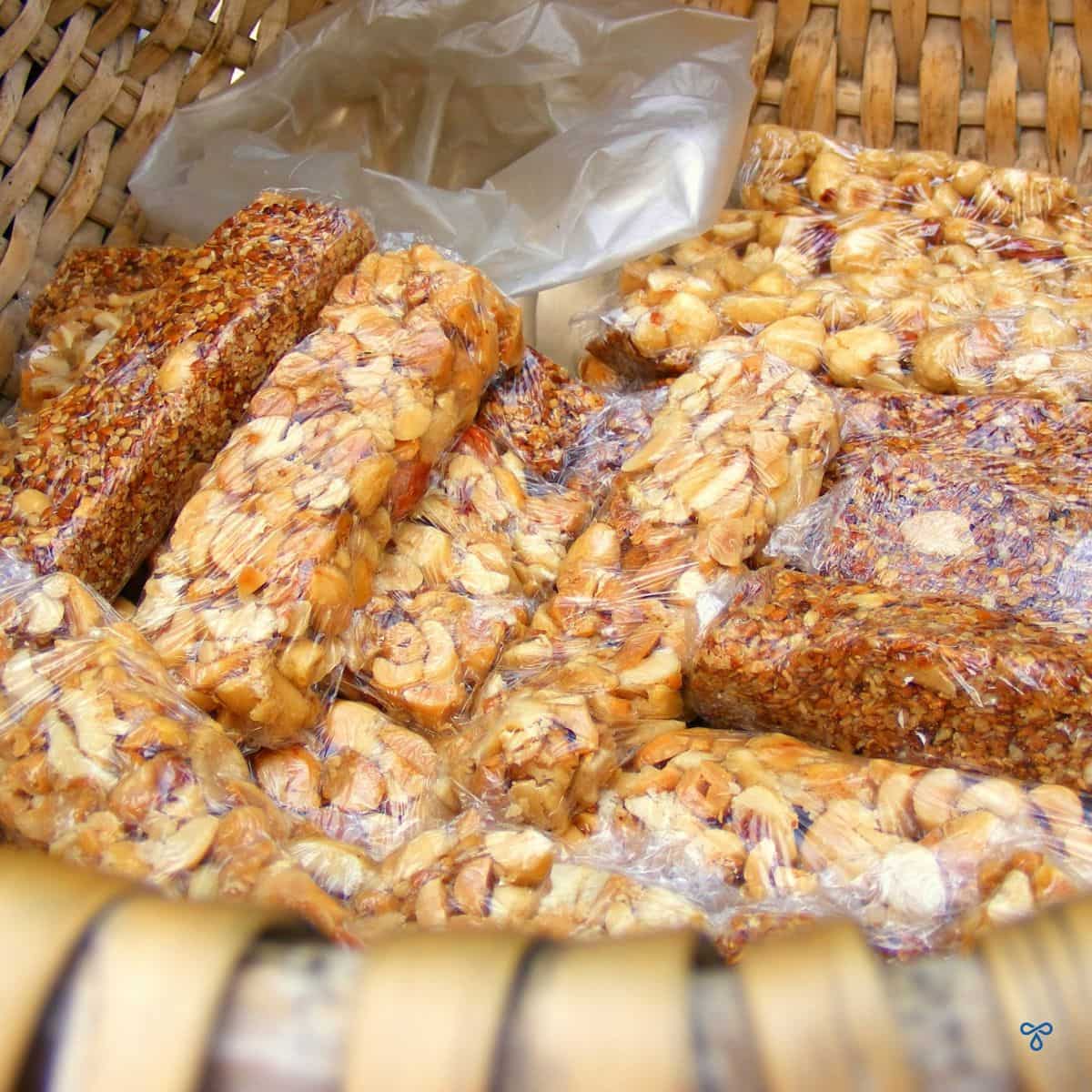 ‘EL-WAJ-EE, EL-WAJ-EE.’ Stick around in any of the Fethiye bars and cafes for only a short amount of time and eventually, you will hear a male voice shouting something resembling that sound. This guy is a Fethiye institution; trundling up and down the harbour, around Fethiye Tuesday market and Paspatur throughout the summer season. You’ll see (hear) him in winter too, but not quite so often.

This is the face behind the voice and what he is actually shouting is, ‘HELVACI, HELVACI.’ (A seller / maker of helva). We only found out recently that this was what he was shouting and we’ve been buying his goodies for years. It’s not that we don’t know what helva is; it’s that what he is selling isn’t helva – to us.

Inside his basket are rectangular bars of nuts or sesame seeds, bound by smooth honey and wrapped in cling film. Hazlenuts (fındık), peanuts (fıstık), sesame seeds (süsam) or mixed (karışık), all for the very cheap price of 50 kuruş for the nutty ones or 1 lira for the sesame seeds. They’re an ideal snack; natural, really good for you and a bargain!

A few days ago, we were sat along the harbour with friends and we were all starting to feel the need to satisfy rumbling tummies. We shouted the helvacı over and I opted for the fıstık (above) bar. Our friend chose the sesame seed bar. Rumbling tummies were soon cured.

If you’ve ever been to Turkey, you’ll know that just about every kind of food that is touted to tourists is described as natural viagra. These bars are no different. Our friendly helvacı knows only a couple of words in English but he’ll make sure he stresses to you, with a knowing smile, that his honey bars are natural viagra.

We assumed this was the usual tourism sales pitch – but we were talking with a Turkish friend later on that night and we asked him why the honey and nut bars were called helva. It turns out that that’s just what they’re called. But then he asked if there were any sesame bars in the basket. ‘Yes,’ we replied.
‘Ahh, well they’re called kriko,’ he said. No smile. Completely serious. He turned to his friend for confirmation and asked him what they’re called. Kriko was the reply.
‘What does kriko mean,’ we asked. Kriko is not a Turkish word we’ve ever come across.
‘Car jack. We call them kriko because…well…you know.’

Being intelligent enough human beings, we didn’t press for the answer. We got the picture. Car jack is a decent enough analogy for anyone.