Regular readers of this blog will know we have a bit of a passion (or should that say obsession?) for food markets. Sundays are taken up with a trip to Çalış market, Tuesdays we’re off along the harbour in the opposite direction to Fethiye market and Fridays – our favourite – see us back on the same site, shopping for village produce.

Markets are a big part of our life in Turkey and each one has its own personality.

And so, when we were staying in our apartment in Alsancak in Izmir, you can imagine how pleased (excited) we were when we woke up on the Sunday morning, opened the patio doors and we could hear the clanking of delivery trucks and traders shouting their prices.

We weren’t sure what was going on at first, but when Barry returned from buying the morning simit, he also had a block of white cheese in his hand. “There’s a market on!” 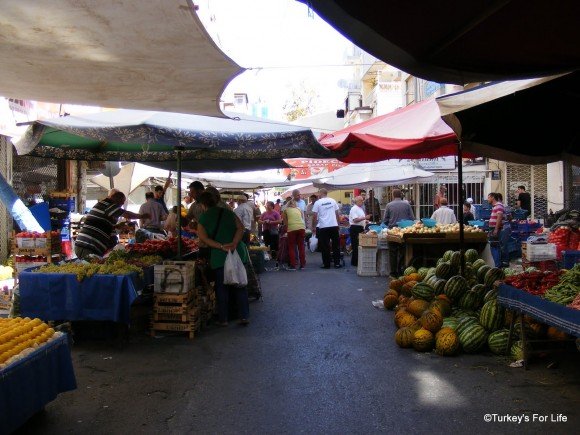 Here we were, right in the middle of a smart, fashionable area of downtown Izmir, and yet we were still treated to a weekly food market. Alsancak is quite built up – a mixture of modern, high rise apartment blocks and traditional Greek houses, many of which are now bars and restaurants. 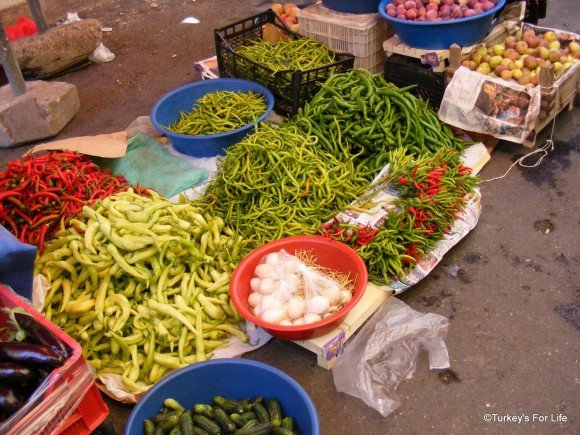 But that’s why cities are so much fun for dipping into. We would never have guessed there was room for a market in this part of Alsancak. Well, there isn’t room. This is a market set up in the streets. Each Sunday, the quiet back roads of Alsancak become a brightly coloured hive of trading activity – and we were in our element! 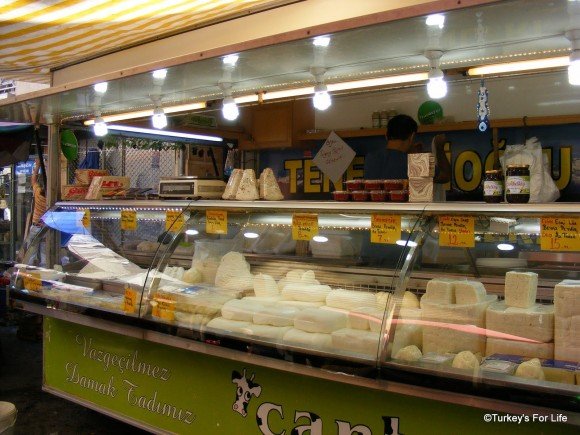 Different cheeses in Izmir to those of Fethiye

Portable carts selling local cheeses (Izmir is famous for its high quality tulum cheese) were shoehorned into tight corners, sharing space with traders who had just set up stall by displaying their goods on the road (photo above). Others had their own stands and had taken time to set up a more organised display. 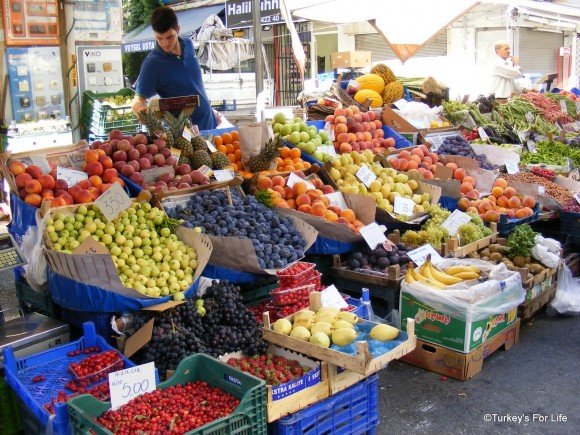 We were only in Izmir for six days and had a strong intention to try as much of the local street food as we could – we were yet to try söğüş or Çeşme Kumrusu at this stage – so we couldn’t go crazy with the food shopping. Izmir cheese and locally grown tomatoes would have to suffice. 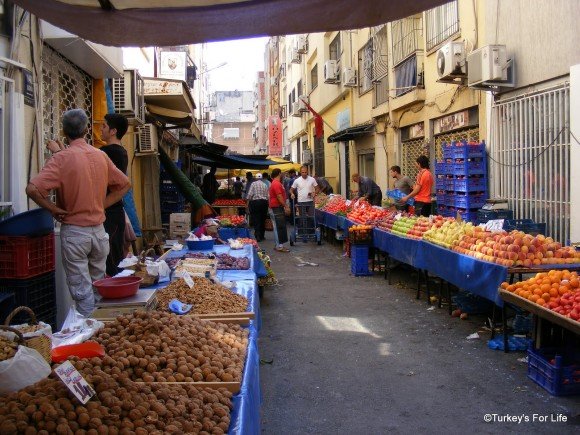 Walnuts were prevalent on Alsancak Market

For us, this little unexpected discovery of a local street market was just as much of a highlight as the street food we sampled and the sights we visited. We were in Izmir to see the ancient agora, the famous Izmir Saat Kulesi, Asansör and the castle on the hill, Kadifekale.

We saw them all, but the Alsancak Sunday market holds equal status in our memories of our time in Izmir.

@ Jaz: We were so tempted to start real shopping and had to keep telling ourselves we weren't in İzmir long enough to justify it. :)

oh how i would love to shop in that market!