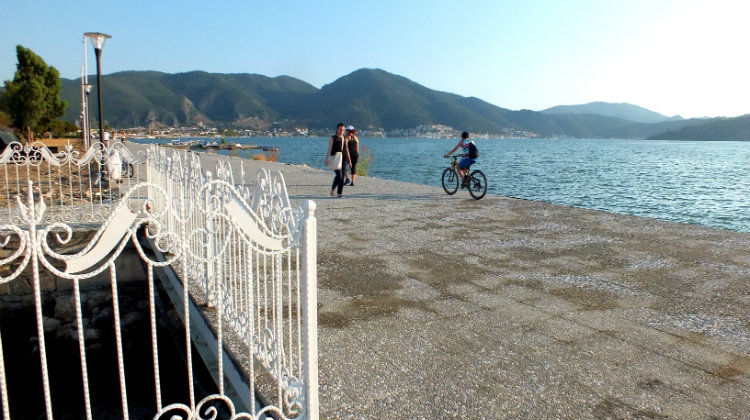 Here we are again; 3rd July 2015 and another monthly Fethiye roundup that’s a few days late.

Well, it’s summer, we’ve got friends out at the moment, there’s lots to do and enjoy on top of daily life.

And, if you remember from our May 2015 Fethiye roundup, we told you we were off to Italy.

We had a great time and have already written about our Italian beach experience in Sperlonga.

More to come in future posts, obviously, but we were the height of chilled by the end of our little sojourn.

Our Italy trip saw us return to Fethiye via Istanbul.

But only after we spent an unplanned extra night in our favourite metropolis due to the fact we’d left it too late to get a seat on  any of the buses that were heading back to our hometown.

And so it was 10th June before we even arrived back in Fethiye.

But not to worry; our summers are always a barmy medley of happenings. And amongst all that, Fethiye ticks over in the way that Fethiye usually does.

So here’s our little round up.

And, as we haven’t moved too far since we returned, we’re first of all on our regular topic…

Let’s go to Phases 2 and 3 of Fethiye harbour.

For these areas, stand with your back to Cafe Park Teras and head straight down, as if walking towards Çalış.

You pass Hello Büfe and then, as you come to Boğaziçi Restaurant, here we are at the ‘new bits;’ Phase 2 and Phase 3.

As you keep walking straight ahead, these are some of the buildings that have either stood empty since they were erected, or they’ve already changed ownership.

We need to take you back to our March news for the previous ‘Fethiye eateries in progress’ report to put all this into a bit of context.

Because now, throughout June (and some of May), these eateries have been open for us all to enjoy.

Marine Restaurant is the one with the huge empty space as its foreground, jutting out from the rest of the straight line of the harbour.

Guess it needs to remain a huge empty space; it’s a been a perfect gathering point for the Turkish Republic Day torchlit procession for the last couple of years.

Now, hopefully, Marine Restaurant will be a part of all that type of thing – as well as just being a restaurant feature of the harbour.

They’ve got the water feature and fountains to entice and chill out their customers and a small gallery area that people can browse.

We’re yet to go there but will no doubt park ourselves there, one day…

The next new addition, continuing further along from Marine is Çapa opposite the Phase 2 marina.

This also featured in our March post as a shell.

It’s now a fully-fledged bar and restaurant. And seems to be pulling in the customers at night with live music and low-lit seating on the grass.

Further down, still, is Barista Bar & Kitchen, which used to be Deniz Yıldızı.

They’ve got happy colours of seating and, we’ve got to say, we’re glad of the new name.

It means people don’t confuse it with Denizatı, next-door-but-one, anymore.

Denizatı Restaurant is still going strong, thankfully. No changes there, and we like it that way.

As soon as you walk past Denizatı – obviously, you can stop off for a drink or a bite to eat, first – this is where Phase 3 starts.

We’re still ‘in development’ on Phase 3. And apart from Reis Cafe (now Zoka) right at the far end, there are no more feeding and watering establishments along this stretch, as yet…

But, at least you can walk in a straight line, now, thanks to all the canals being bridged over.

Since our last post, the paving stones have now gone down, excess dried cement brushed away and wrought iron railings surround the water’s edge.

Well, we don’t want people falling in, do we?

It’s been so long since we added a new recipe to the blog – well, you’ve gotta get time to get in the kitchen and actually make something, haven’t you?

In the meantime, we’ve got lots of Turkish recipes you can browse and make use of that are already on the blog.

We’ve just reshared our recipe for Turkish rice on our Facebook page. And it’s proved very popular, to say the least, as you can see.

As for being out and about around Fethiye; we told you about the fabulous views at El Camino Hostel & Pub, we had a barbecue at the new-look Kuleli Beach.

We’ve also got another restaurant review coming up as we took Barry’s mum out to lunch, recently, for her birthday.

Her choice of place – and a new one for us. Wow, we do manage to pack a lot into a short space of time, don’t we?

(Don’t forget we’ve got an ever-growing list of places to eat and drink around Fethiye, if you’re looking for some inspiration, anytime.)

And What’s To Come…

We’ve got oodles of new blog posts lined up from our recent trips to Istanbul and Italy.

And, mixed in with all that, friends out to visit means we often end up a various places around Fethiye and nearby.

All shall be reported upon, of course. Bring on (the rest of) July…