Most tourists visiting Istanbul for the first time are likely to be staying in Sultanahmet – the area boasting Sultanahmet Camii (the Blue Mosque), Aya Sofya, Topkapı Palace and the Basilica Cistern (aka Yerebatan Sarnıcı).

Eating Out In Sultanahmet

But that doesn’t mean people on a budget need to avoid these areas like the plague. And it also doesn’t mean you have to pay ridiculous prices for a decent fill of Turkish food.

You only have to walk a few hundred metres out of Sultanahmet to find street food treats like Cihan Derya Balık Lokanta. For a sit-down meal and a large bottled Efes (a rarity in Istanbul), we found Palatium to be reasonable and perfectly chilled. And, of course, they have their added bonus of a little secret underworld, too. 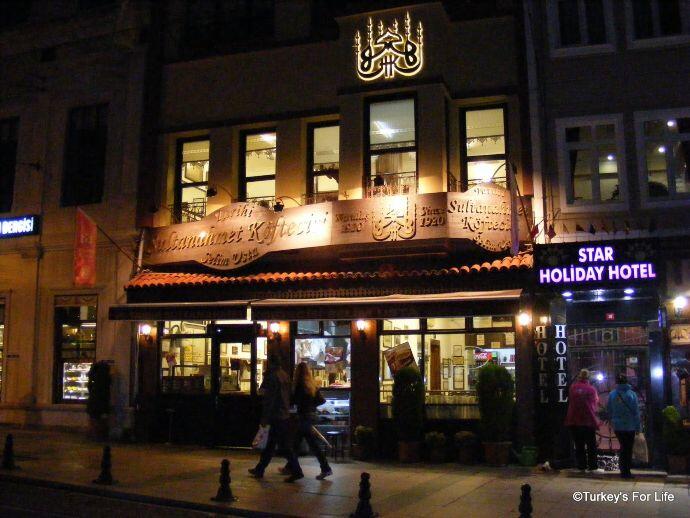 It’s along the Divanyolu Caddesi, the main road leading from Sultanahmet towards Beyazıt, where you’ll find bars and restaurants with prices to make you develop a bad case of watery eyes. But, even here, you can find places to fill your tummy without decimating the insides of your wallet.

Tarihi Sultanahmet Köftecisi is one such place. We went there for the first time in October hoping for a simple, cheap (for Sultanahmet) meal. And, although it wasn’t as good as the amazing köfte we ate at Edirnekapı’s Durak Rumeli Köfteci (nothing will ever beat that – it was the situation we were in), it was certainly a decent köfte at a reasonable price. 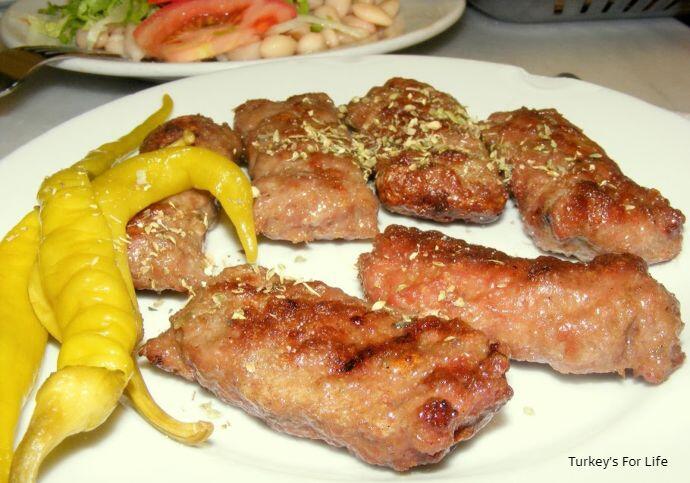 We sat in a 1920s-style eating area and ordered our köfte. The waiter soon arrived with a generous serving of 6 meaty köfte with a side of 3 large, pickled chillies and a basket of thick wedges of fresh bread. It definitely filled a corner for us. We also ordered a plate of piyaz because we just can’t resist. Köfte without piyaz just isn’t köfte for us.

Sultanahmet Tarihi Köftecisi is not the cheapest food you’re going to find in Istanbul. But to be able to sit in prime tourist land, a stone’s throw from three of the most famous historic buildings in the world, the price and the quality got a thumbs up from us.

I love this place and I go there at least once every time I visit Istanbul. The meat is a bit chewy, juicy, and fatty which, along with the rectangular shape, is what does it for me. Sprinkle a little pul biber on top, some piyaz and a cold ayran and I'm heaven.

Hi Alp, thanks a lot for your comment. Sounds like you really enjoy Tarihi Sultanahmet Köfteci! :) We haven't been for a while. We must go again next time we're in Istanbul.

@ Andrew Graeme Gould: You should. It's a photographer's dream. You'd love it. :)

It sounds delightful. One day I'll stroll those street for my self.

@Jaz: You'll have to make the journey over to Turkey to give it a go! :)

@ Italian Notes: Yeah, Sultananhmet is not famous for it's culinary displays but at least this one is affordable. :)

@Anjuli: Impossible to enjoy a meal without the pickled chillies these days. They're lovely aren't they. :)

sounds wonderful- it is not only true of Turkey- about not having to pay alot for an area that might normally be thought of as expensive- it is good to see you know where to go and it was good!! It sure looked delicious- I loved the pickled chilis!!