In our last post, we wrote about our little stroll to Fethiye’s Lycian rock tombs and the final push up the stone steps to the largest tomb; that of Amyntas.

It was a pleasantly warm, sunny day but, when you’re trudging uphill, ‘pleasantly warm’ soon turns into ‘hot and sweaty’ and by the time we reached the foot of the steps, we were in need of a breather and a cold drink. 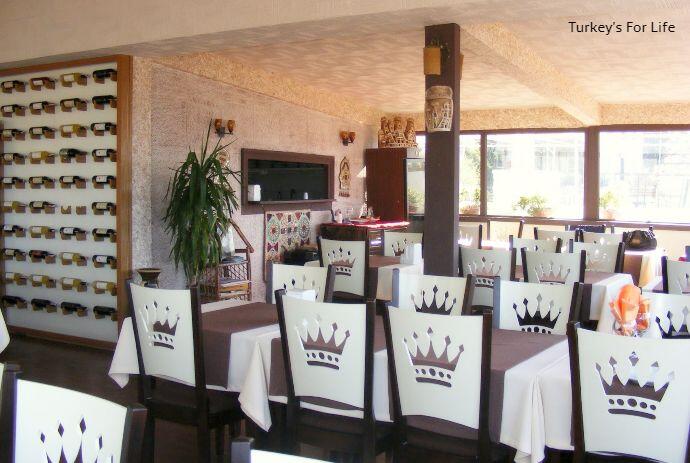 The interior of King’s Garden Restaurant

Thankfully, King’s Garden Restaurant, directly opposite the entrance to the tomb of Amyntas, was able to come to the rescue. We wandered inside and Salih, the owner, brought us our much-needed refreshment.

Most businesses in the Fethiye area are now getting prepared for the summer season and King’s Garden Restaurant is no exception. Much work was going on outside the restaurant, making the gardens around the entrance area neat and colourful.

We arrived at just the right time; just as the guys were taking a tea break…

And, with their tea, they were eating freshly made, spicy kısır. Perfect timing. The kısır – one of our favourite salads – was shared with us, too. 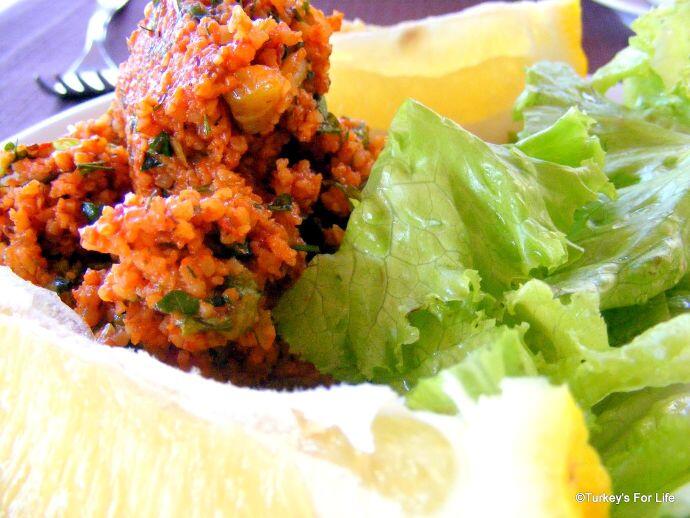 Our serving of kısır at King’s Garden

It had a lovely, hot chilli kick and we were told this was on the menu. Hopefully, it’s just as spicy when served to customers.

Since Salih took over the running of King’s Garden Restaurant, we’ve never been there for a meal, but we’ve been tempted by the kısır and we’ll definitely be heading up there soon to sample some Turkish dishes from the menu.

Just like in Mozaik Bahçe, the King’s Garden Trip Advisor Certificate of Excellence is proudly displayed on the wall. We’re curious. 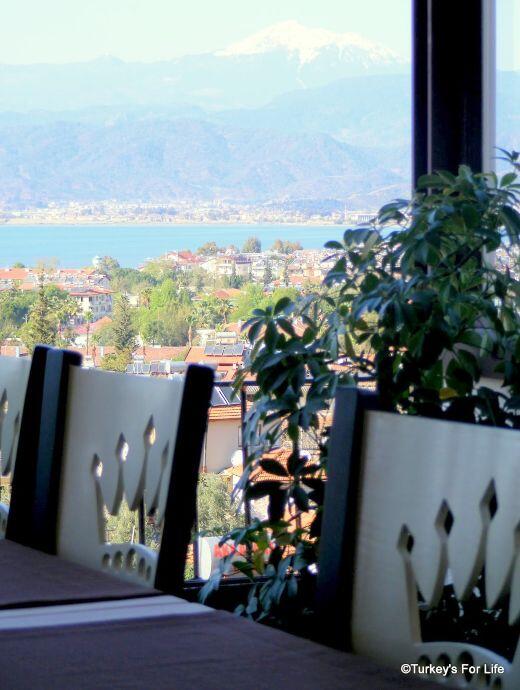 A glimpse of Fethiye through the patio windows

So, apart from the potential of the food and the fact that it’s so close to the Lycian rock tombs, what else has King’s Garden Restaurant got going for it?

Well, if you’ve got a bit of a climb to get to it, that can only mean one thing: views over the bay of Fethiye. I took the photo of football team Fethiyespor‘s  stadium from King’s Garden. 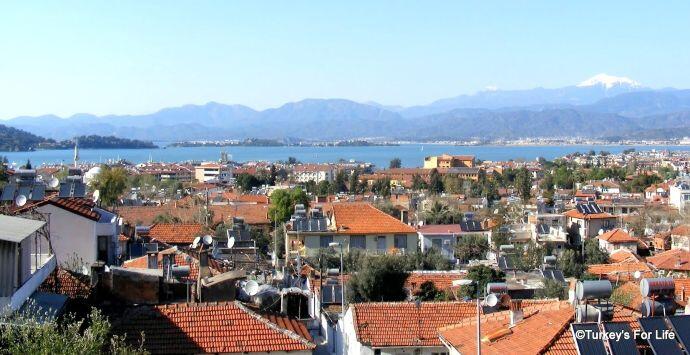 Views over the rooftops from King’s Garden Restaurant

But straight ahead of you is the view over the Fethiye rooftops, across the bay to Şövalye Island and the mountains beyond. We only had a glass of Coke and a coffee but we got the added bonuses of kısır and fantastic views.

@ Craftyanny: Well, that's convinced us then! Think we'll wait till we have friends out then we can drag them up there, too. :)

oh you must, must go for a meal. The food is fabulous. I can't wait for May to arrive for our first visit of the year.Anne x

@ Erica (Irene): Great view from the King's Garden. We love kisir and hope we don't get to the point where we have 'sort of had enough.' Love that comment! :)

What a beautiful place....and what a view. My husband loves Kisir, at first I was making it almost daily, he has now sort of had enough.

@ Corinne: Great aren't they?! Not sure which category they fall into. :) Beautiful views though, like you said.