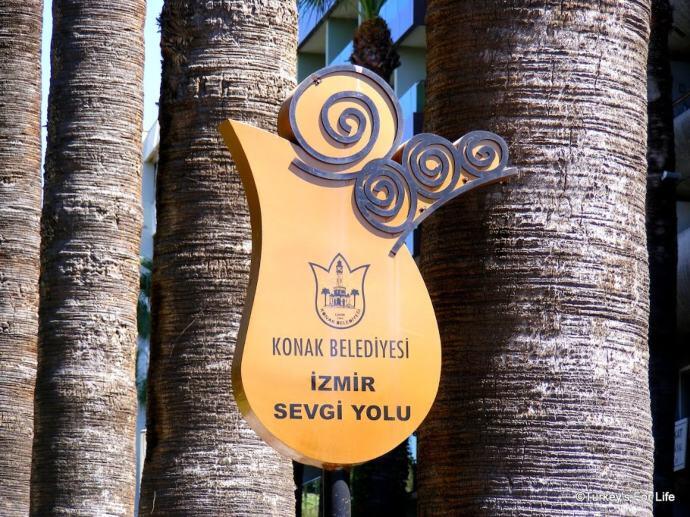 Each city has its own personality, with qualities that either attract or repel the visitor, and if you’ve read our previous posts on Izmir, you’ll know we were very much attracted to the Aegean city.

It’s a confident city without being cocky or in your face. It’s surrounded by mass tourism but remains unaffected by it. It’s a city generally used by tourists as a thoroughfare to get elsewhere in Turkey but Izmir doesn’t seem to care.

Should you bother to show your face in the city and stick around, you’ll be made more than welcome without being fussed over.

And if you don’t show your face, well, Izmir knows it’s a special city and is content to continue with daily life whether you’re there or not.

Of course, all this is just an impression gained from a six day visit last September. But it was six days where we didn’t once leave the city to visit nearby major tourist attractions.

Izmir itself kept us entertained purely because it’s got a take-us-as-you-find-us attitude about it.

We visited the more well known places on lists made for us by friends – places like Asansör and Kadifekale – and we went off in search of recommended drinks such as Izmir’s special fincanda Türk kahvesi (Turkish coffee boiled in the cup).

But we also came across our own little finds that added to our Izmir experience. For food, after sampling Çeşme kumrusu, we just had to try their famous street food, söğüş (a cold kebab of sheep’s tongue, cheek and brain), after noticing it everywhere.

And, where sightseeing was concerned, streets like this also caught our attention: Izmir Sevgi Yolu.

A Walk Of Fame

One day, when we decided to walk along the streets away from the seafront, we found ourselves walking along this star lined, pedestrianised walk of fame – fame of the Turkish variety. Well, Hollywood has a walk of fame. Why not Izmir?

Our aimless stroll became a star spotting expedition as we wandered along the perfectly straight, palm lined street. We’re no experts when it comes to Turkey’s legends of music and film but we did recognise a few names.

Sezen Aksu carries almost goddess status in the world of both music and film and crosses all generations. You’ll struggle to come across anyone in Turkey who hasn’t heard of Sezen Aksu.

And Cem Karaca and Barış Manço – both of them legends of the famous Anatolian Rock scene that began back in the 1960s.

We’ll hold our hands up at this point and admit that we didn’t recognise any of the other names, but we’re content with three.

For us, stumbling across little finds like this is what makes exploring new places memorable; they’re added bonuses that make up the bigger picture of a city once you’ve crossed all the must-sees off your list.

And on returning home, they’re usually the places we remember much more than those must-sees.

If you know any of the other stars that make up Izmir Sevgi Yolu, we’d love to hear about them.