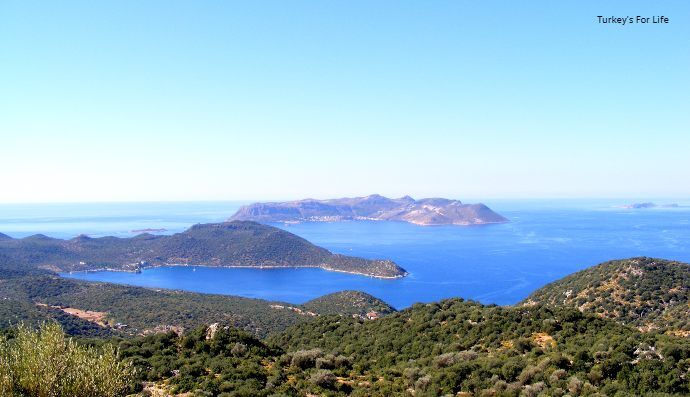 hHave you ever been somewhere countless times and you think you’ve seen all there is to see…but then one day, you just carry on along the road to see where it goes and a whole new perspective on the place reveals itself?

That’s what happened to us back in April when we went for a little drive along the D400 to the small town of Kaş.

If you remember, we stopped off for photos of the beautiful Kaputaş Beach before continuing to Kaş. It was a day of firsts because we’ve known Kaputaş for many years, but never photographed it.

On arriving in Kaş, we took ourselves off to the ancient Antiphellos Theatre; a place we only knew existed because we’d seen it from the boat to Meis. Antiphellos was another first. A quick photo of Küçük Çakıl Plajı (Little Pebble Beach) and then that’s when we continued to drive along the road. Why had we never done this before? No idea!

Büyük Çakıl Plajı (Big Pebble Beach) was just a revelation and we’re looking forward to going back there again soon, hopefully. At the entrance to the beach is a Lycian Way signpost and, as we had our curiosity heads on that day, we decided to continue to follow the road towards Limanağzı, where the sign was pointing…

Liman means ‘port’ and ağız means ‘mouth’ – so we wondered if there might be another bay further along that was maybe a shelter for boats. It was only 3 km away so no harm in going for a little nosey.

The road is narrow, winding and starts to climb. And the climb continues. Thoughts of a bay were starting to fade seeing as we were driving through hills. Not even a vista of the sea, in fact.

We started wondering where we were going as we climbed higher and higher and I started to wonder if a three (or more) point turn was possible so we could head back into town. But then this happened…

All of a sudden, there was the Kaş peninsula stretching out before us.

Now, we still have no idea where this road is leading at this point but we know we’re above Kaş, we know the road on the stretch of land behind the peninsula is the D400 that will take us back to Fethiye, so we breathe in the views…

It really is a whole new take on Kaş for us, all of this, and we’ve got the added confidence, at least for a while, of continuing along our little mountain road.

Life seems so much easier once you’ve got some sort of inkling of where you are and we set off with a more relaxed ‘let’s-see-where-this-road-takes-us’ attitude rather than our previous ‘errrm-where-are-we-going-was-this-a-mistake’ defeatist state of mind.

As the views once again disappear, we continue along the mountain road, passing a goat herder with his faithful(ish) followers. We slow right down – well, the brown goat looks a bit wayward – crawl past them, get a nod from the goat herder and then hit the dizzy heights of third gear as the way ahead flattens.

We’ve done around 7 kilometres before we hit a wide junction. It’s a dual carriageway and it’s the D400 once again.

Because of the zig zags, twists and turns, it doesn’t feel like it, but we’ve come full circle. A quick left and we’re heading downhill towards Kaş and scenery that makes you want to pull over, get out of the car and admire the world in which we live…except we can’t because we’re on a dual carriageway.