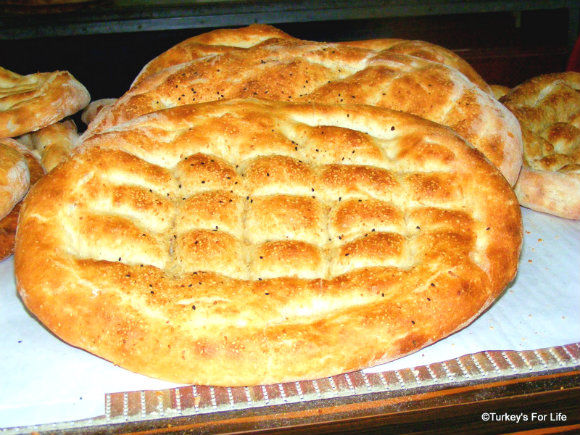 What’s this, then? Two Fethiye monthly news updates in two months? Aren’t we on a roll, eh? Well, there’s always so much to tell you, so, this last month, we’ve even kept some little notes then we don’t forget anything. It’s all go, you see. All the usual random stuff of what we’ve been up to and little observations of happenings around town.

And let’s kick off with the constant in our lives in Fethiye. Photographing the progress of the final phase of the harbour developments. It is still rubbly and mounds of earth block much of the view but we do have things starting to take shape.

In last month’s news, we showed you how rocks were being used to line the waterways that lead to the sea. Well, now, we also have small, shaped lakes being formed with islets dotted around, too. The birds around Ördek Adası (Duck Island) love it. They’re often to be seen swimming around these parts, now, despite the noise and dust from diggers and dumper trucks. Wonder what this photo will look like next month…

Return Of The Fountains

Most people have a soft spot for the fountains of Uğur Mumcu Park. In winter, for much of the time, they lie dormant. But then springtime comes along and the council staff appear, scrubbing the mosaic tiles and sprucing up the topiary.

As soon as the fountains are turned on, that means it’s summer. On a hot day, it’s lovely to feel the cooling spray settle on your face as you snap the inevitable photos. Well, you just can’t help yourself. The little bridge at the edge of the fountains has always got one or two people on, trying to get that perfect selfie which includes both face and fountain.

Yes, the holy month of Ramazan is once more upon us. If you don’t follow us on Facebook, you won’t have seen our posts that we shared. If you’re coming to Fethiye over the next few weeks for your holiday, you can read all about what to look out for during Ramazan.

One of the aspects of Ramazan that we love the most is the hot, delicious pide bread that we join the sunset queues for. Whether people are fasting or not in Fethiye, everyone loves to eat the fresh-from-the-oven circular bread that’s shared during Iftar – the breaking of the fast.

The weather in Fethiye during the month of May can often be mixed but this year’s offerings seem to have been even more so. We’ve gone from temperatures that felt like July and August heat – the temperatures that make you wilt – to cool and breezy.

We’ve had friends out throughout May and they’ve been caught more than once in torrential downpours and not particularly warm weather. One day, we made a dash out to catch up with some friends in Denizatı and got completely stuck in there. The thunder and lightning boomed and flashed right above us whilst the rain pelted the roof. The photo above was the scene as the storm began to retreat and we decided it was safe to dash straight back home again.

Fethiye Life On The Blog

We’ve been loving strawberry season this year! We’ve also been playing around a lot with puff pastry recipes so we decided to merge the two and come up with this yummy breakfast recipe. Here’s our puff pastry tart with yoghurt and strawberry.

How tempting does that look, eh? And we’ve got yet another strawberry recipe to share with you, too, once the photos are ready.

Elsewhere, we’re always saying how we are slowly working through our Turkish recipes collection, improving photos and making the recipes easier to follow. That had taken a bit of a back seat but we’re back in business now, inspired by our recent trips to Antalya. Our recipe for Antalya Piyaz is now updated and improved. A bit of context there, for you, too, as to why we love this dish so much.

Oh, and we also acknowledged International Hamburger Day on 28th May by making some köfte burgers. Well, we like to keep things a tad Turkish around here.

Phew, it’s been a busy one hasn’t it? And we’ve still got loads more coming up for you. Like we said above, we’re on a roll. For now, though, let’s end with the Fethiye photo favourite on Instagram for the month of May. There it is, above. Guess people really like the coloured umbrellas of Çalış Beach. Let’s see what next month brings…