Tempting the taste buds – that’s what Yerguzlar Caddesi is becoming an expert at. Yerguzlar Caddesi is the street in Fethiye that runs from the courthouse, past the Çalış Sunday Market. Recently, a whole new neighbourhood of shops and eateries have sprouted. So now, should your stomach be rumbling whilst you’re in the area, you have all manner of places to choose from. One such place, Lokum Kokoreç, particularly excites us… 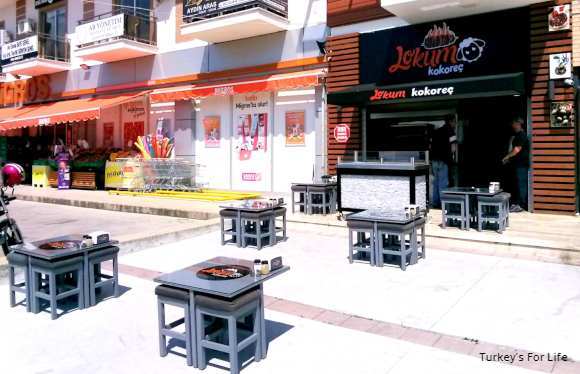 Why are we so happy about the arrival of Lokum Kokoreç? Well, we just love a kokoreç half bread, that’s why.

In Istanbul, a favourite pastime is sitting on a wall in the Galata neighbourhood devouring a half bread from the oh-so-popular street cart of Nazmi Usta.

But, in Fethiye we never had a go-to kokoreç joint. A post-night-out early hours of the morning sit down on a plastic stool by the kokoreç van, the tell tale aroma filling the air, red hot chillies being guzzled as fast as the sandwich itself, smoke spewing into the night sky from the barbecue chimney. 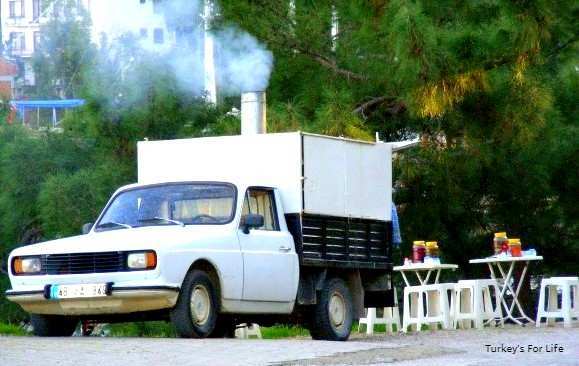 All good fun – but sometimes the van wouldn’t be there. And it also meant we weren’t treating this street food delicacy with the respect it deserved.  Places like Lokum are part of a new wave of places that are bringing this tasty offal into the 21st century.

No longer a post-night-out inebriated necessity, we can visit Lokum Kokoreç at any time of day for a tasty half bread.

Sit outside at Lokum Kokoreç and you still get that feeling of sitting at the mobile van. We’re on a main road, here. The tables and stools are impossibly small, just like the mobile units.

It’s just that everything is a lot more clean and modern, here. And there’s branding, too. 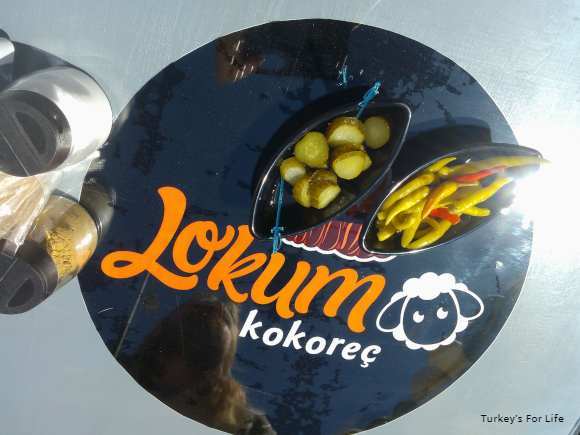 No mistaking where you are at Lokum Kokoreç

Yes, Turkey has definitely entered the fast food world of local and international burger and pizza joints – no shortage of those around Fethiye. But it’s also great to see that places like Lokum Kokoreç are part of the scene, too, keeping kokoreç on the foodie map and being enjoyed by the next generation of Turks…and us!

Inside is smart and modern. If you prefer a table of a more regular size, you can sit inside at the snack bench or you can have a dining table. 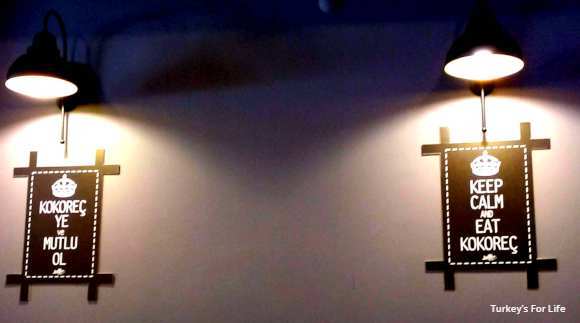 Eat kokoreç and be happy

Lokum Kokoreç is a place that is trying to appeal to the masses. Most Turks don’t need that appeal. They’re more than aware of how tasty this offal is.

Give It A Go

Kokoreç Ye ve Mutlu Ol – Eat Kokoreç and Be Happy. A sign in English, too, for the international visitors. From our own experience, we know so many Brits who just will not entertain the idea of kokoreç.

We know lambs’ intestine doesn’t sound appetising. Lokum Kokoreç is doing its best to entice wary customers to try it. And we’re more than happy to back that idea up! 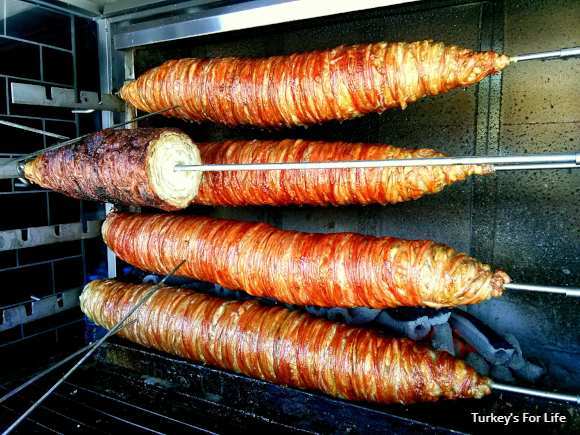 We love to see the kokoreç over the open coals

The kokoreç at Lokum is cooked on horizontal spits over open coals. As it spits and sizzles, the aroma whets the appetite.

To Chilli Or Not To Chilli

Order a half bread and pickled chillies and gherkins arrive at your table. You’ll be asked if you want acılı (with chillies). At this point, you can either nod eagerly (like we do), or shake your head. And then your bread is placed on the griddle to toast a little, absorbing those sizzling juices.

A slice is cut from the skewer and chopped into small chunks before being deftly manoeuvred with the large blade to your waiting, open half bread. Bread closed, popped in a paper pocket so you can hold it in your hands and your street food snack is served. 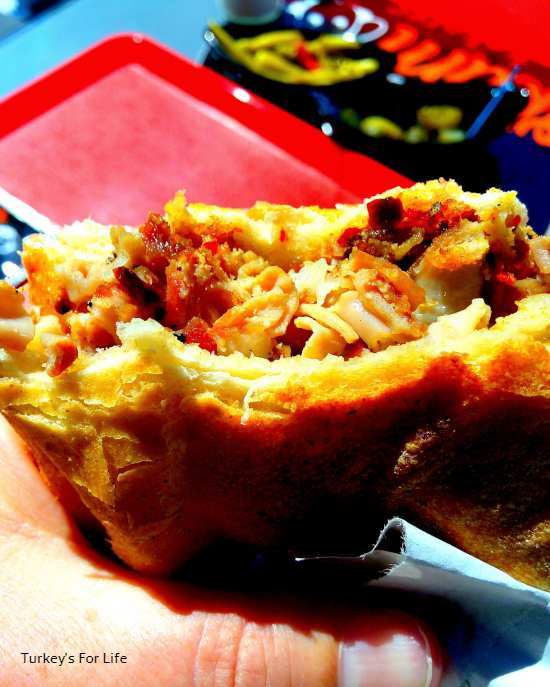 We love the Lokum Kokoreç half breads

Seriously, for us, this is a photo of foodie loveliness!

Organ meats such as intestines are packed with nutrients, as well as being fantastically tasty. If you are in Fethiye and you think you might want to try this prized Turkish snack, Lokum Kokoreç could be a good place to start. This is tasty kokoreç prepared in full view.

If you want to try it but can’t persuade your friends to join you, you can also get Izmir stuffed mussels from Lokum Kokoreç. For us this is definitely our new Fethiye go-to place for a famous offally treat.

We finally called in and tried out the half bread today and it was delicious! I didn’t tell my partner exactly what it was we were going to eat as he has severe offalphobia (is that a word)? Lol, he loved it!

Hi Sarah, Ha ha, glad your partner enjoyed Lokum Kokoreç - and to be fair, it doesn't taste much like offal does it so you did well to get him there and eating it. :) Glad you enjoyed it, too. :)

Always, but always, head for the Kokoreci first when I land in Turkey. Çok lezzetli.

Good stuff. Think we might have a job on our hands convincing some others to try it. :)