It’s that time again – time for a an update of Fethiye news from the last four weeks. September is that wonderful time of year for Fethiye – the month where the intense heat slowly disappears from the sun and we’re left with bright, breezy days.

It’s still beach weather but the freshness in the air means we can resume other pleasures such as hiking around the area…and staying in bed a little later before getting out for a morning run.

The fan gently whirs on its lowest setting, no doubt glad of the respite from hours on end of full-throttle rotation. And in the next couple of weeks, it will be time for its annual hibernation.

That’s the setting from where we’re writing. But, of course, much more has happened over the last few weeks aside from a change in temperatures. Let’s dive in and take a look back…

It’s definitely been a month of highs and lows. Let’s get the lows out of the way, first…

The Collapse Of Thomas Cook

There won’t be any of your reading this who don’t know about the collapse of travel company Thomas Cook.

We all knew it was on the cards – but we all hoped it wouldn’t happen. Waking up to the news that the company had failed to secure the £200 million in equity they needed and had therefore ceased trading with immediate effect; just a jumble of thoughts.

Sadness that a 178 year old UK travel company, known the world over, was suddenly no longer around. And then the fallout from that. 21,000 employees waking up to find they no longer have a job. Travellers losing holidays – and those already on holiday waiting on news as to how they’ll get back to the UK. Local hoteliers and business owners uncertain of their future.

If you’ve been following the story, you’ll know that the CAA is currently undertaking the UK’s biggest ever repatriation operation (Operation Matterhorn) with around 150,000 British holidaymakers being flown home from various resorts around the world.

For the Fethiye area, Dalaman Airport has been the hub with (former) Thomas Cook staff and teams from the British Embassy getting people onto flights. An operation of this undertaking was never going to be clockwork but thousands of people have now been flown home from Dalaman alone. 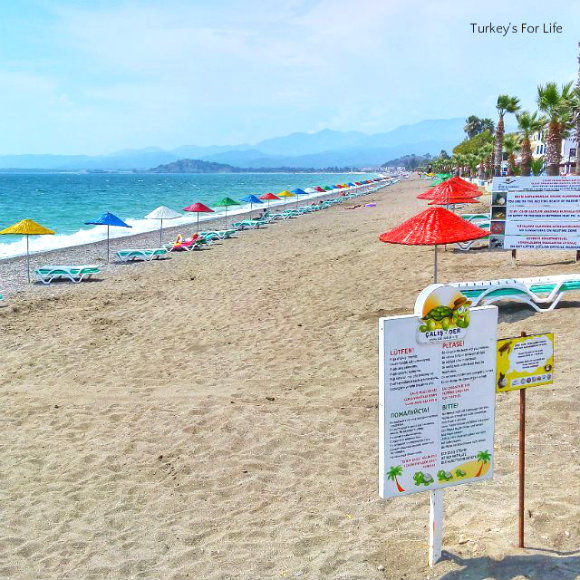 We wait in hope for the 2020 summer season

Hope For The Future

As for the future effects in Fethiye, we will have to wait and see. The Turkish Culture & Tourism Ministry have said they will compensate hotel owners and other tourism firms who are out of pocket as a result of the collapse. And, more recently, Reuters have reported other news that gives some immediate hope for the future:

At the moment, there are lots of unknowns. But let’s hope former Thomas Cook staff find alternative employment soon – many tour operators and travel companies have been holding open days and recruitment sessions.

And, for areas like Fethiye where Thomas Cook had such a large presence, we hope businesses can pull through the immediate aftermath and attract future tourists who will come to Turkey by alternative means. 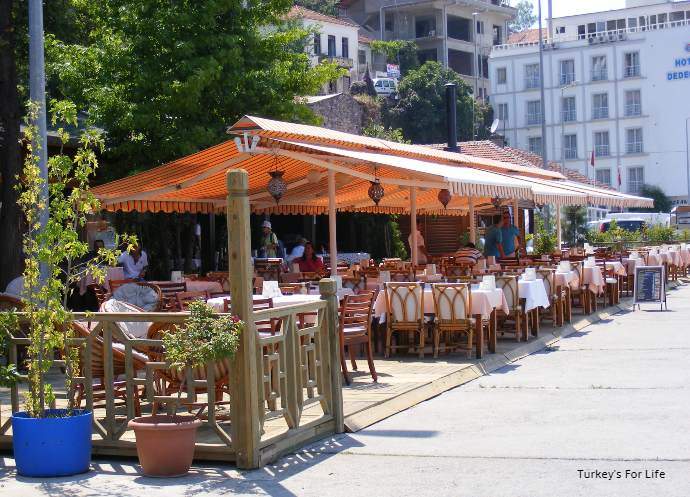 Iskele is no longer a feature of Fethiye

It was a definite feature of Fethiye, Iskele Restaurant. If you know the place – next to the Dedeoğlu Hotel – you may well have long and fond memories of it. We’ve sat here many times over the years, right back to when it was Park Restaurant in the 1990s.

At the end of the 2018 summer season, Iskele closed its doors – we assumed this would be for the winter months, despite being open in previous winters. Then, at the beginning of the summer season, the doors remained firmly closed.

In September, live videos appeared in our social media feed showing Iskele Restaurant engulfed in flames. Thankfully, no one was hurt. And, within a few short days, the site was cleared. Cleared so well that it is now difficult to work out where the building ever even sat. The end of an era… 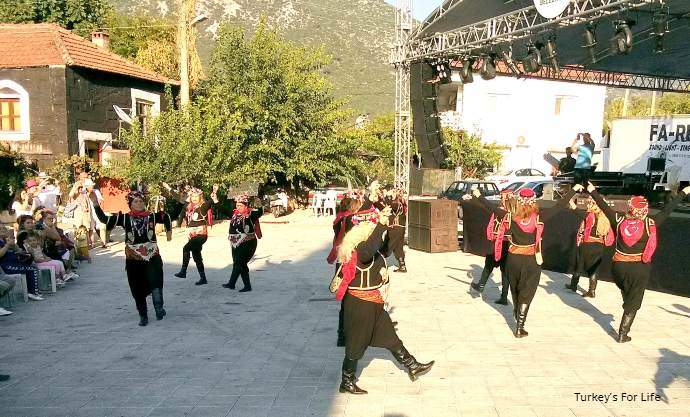 The weekend just past saw a festival in the village of Üzümlü. Lots of people are familiar with the Mushroom Festival that takes place each April. For us, though, the Bağ Bozumu Festival was new to our radar.

Apparently this was the second year the event took place so we can only assume it completely passed us by last year. I’m thinking we were probably road tripping around Eğirdir.

Anyway, the Bağ Bozumu Festival is supposed to be a wine festival – Üzümlü is famous for its grapes and homemade wines. However, as is sometimes the case on these occasions, the sale of homemade wine by locals was forbidden.

Still a great day, however, with folk bands and dancers, lots of other local produce and crafts such as dastar for sale. The bars and restaurants were doing brisk trade. And great that Fethiye Belediyesi (the local council) put on a free bus service so more people could go and enjoy a bit of village fun.

Change Of Date For Race For Life 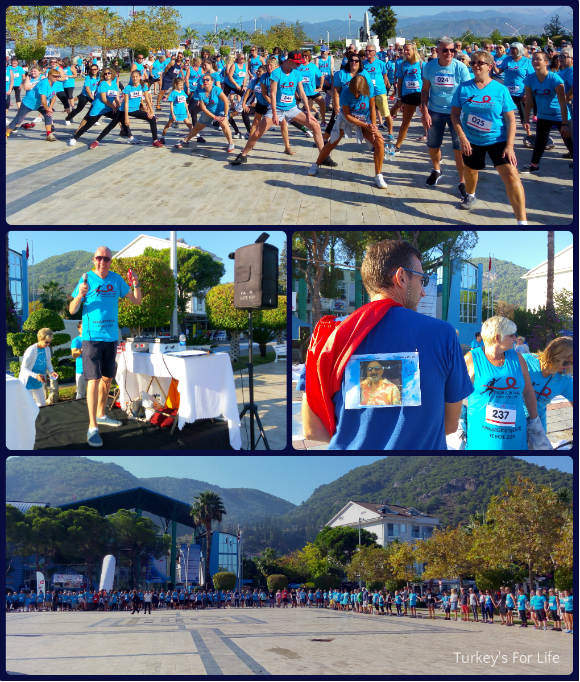 A change of date for this year’s Race For Life, Turkey

Due to so much taking place during October, it was announced in September that this year’s Yaşam İçin Yarış will take place two weeks later than originally advertised. The new date is October 27th.

Unfortunately, we’ll be running in Dalyan on that day, taking part in the Dalyan Caretta Run, so it’s going to have to be donations or a t-shirt purchase from us, this time.

The change of date is because of an international sports festival that will take place in Fethiye over a few days next month. Don’t forget to keep checking our calendar of events in Fethiye so you don’t miss out.

Eating And Drinking Around Fethiye

One place where we like to enjoy a reasonably priced meal at the moment is Gustorante, near Çalış. 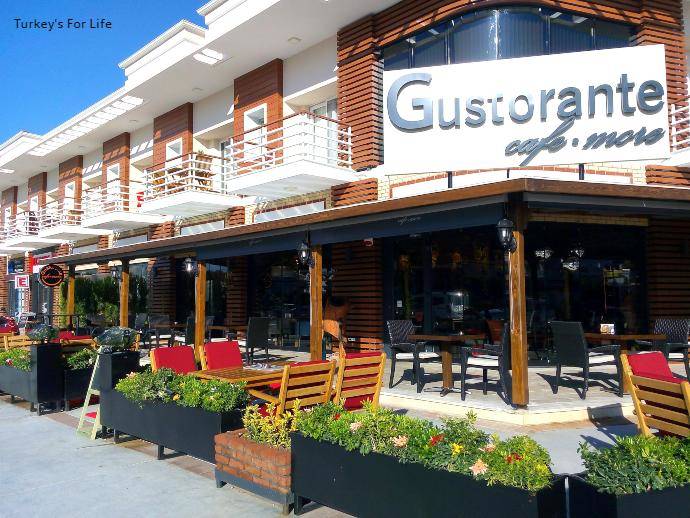 September was the month when we published our article about this smart cafe-restaurant on Yerguzlar Caddesi. As a quick snack, we’ve also walked along the beach and tucked into ciğer dürüm (liver wrap) at the lovely Motif Restaurant.

Along the harbour, Denizatı Restaurant has been the pre-football drink or snack scene. Incidentally, they are now taking bookings for Christmas Dinner both on Christmas Day and on December 12th. The December 12th event is for those of you who want a get together with people in Fethiye you are unable to spend Christmas Day with.

Relatively happy supporters at the moment

We missed last Sunday’s home match against Payasspor. No other reason that out and out tiredness. Bu, as the score was a 0-0 draw, we shall assume we didn’t miss very much.

However, 5th place in the league at the moment and hopeful that we don’t get bogged down in too many drawn matches. League standings and future fixtures can be seen here. Fethiyespor’s next home match is October 13th at 7pm. If you want to go to the match, keep an eye on times as they can change at short notice.

Time To Lace Up The Walking Boots

We never stopped lacing our trainers up to go out for a run in the early mornings. Needs must. However, being out for a walk is all about taking your time and breathing in your surroundings. That perfect weather is now upon us. 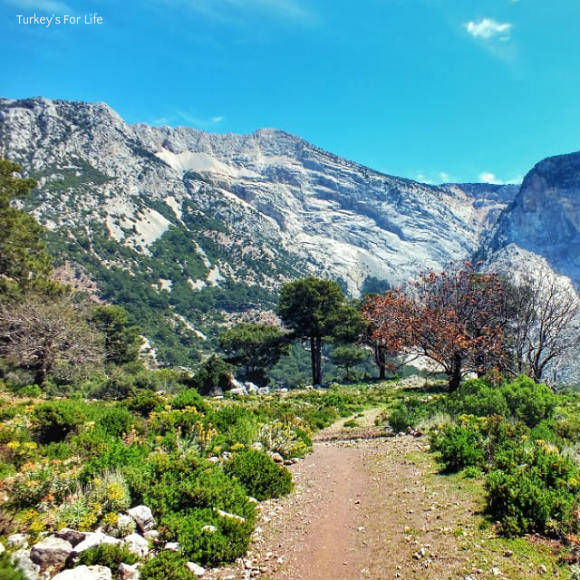 High mountain scenery and fresh air on the Lycian Way

A friend who was over in September really wanted to do the Ovacık to Faralya stretch of the Lycian Way. So he, Barry, and another friend took themselves off on the hike. Still too hot for the rest of us at that time so we took the dolmuş and we all met for lunch at Gül Pension.

I will be lacing up my walking boots in the coming weeks and months and then we should have some new routes to add to our walks and hikes around Fethiye.

September was the month when we finally published our article about our visit to Sagalassos in Turkey’s Burdur region. Articles like this take time because I take a multitude of photos. So sifting through and editing them is a long process. Then comes the extra little bits of research. We hope we did this amazing site justice. 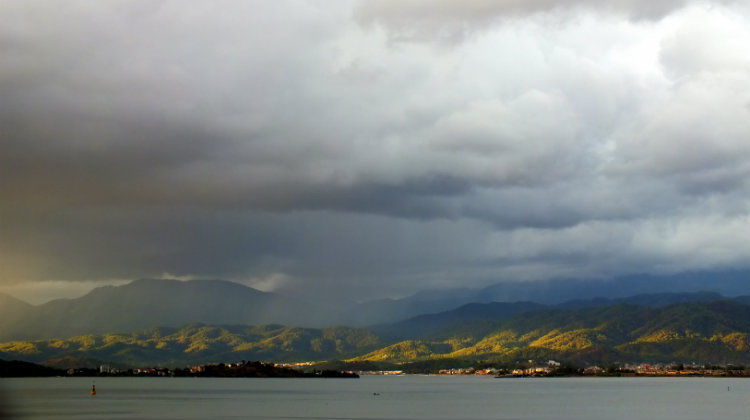 The view from Cafe Park Teras on a rainy day

The weather in September was generally hot and sunny. But, as is the norm for this time of year, we did get a couple of downpours with a bit of rain and thunder thrown in for good measure. If you find yourself in Fethiye in wet weather, here’s a list of ideas for what to do in Fethiye on rainy days.

A Hop Over To Rhodes

This isn’t on the blog…but it will be soon. Last week, we decided to take advantage of a special offer being run by one of the companies that makes the sail over to Rhodes from Fethiye. 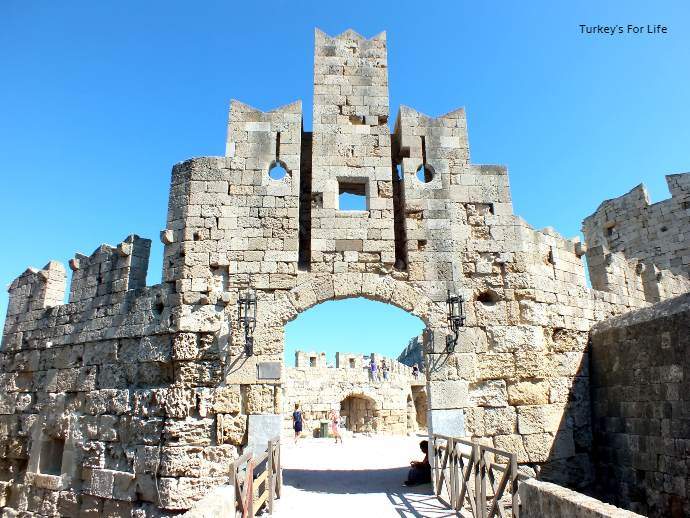 Rhodes is a relatively short journey from Fethiye

This article is already earmarked to be the next one up on the blog – at least for now – so keep an eye out for it. And, if you follow us on Instagram, you might have a clue that the article will not be about the Old Town. We went for a little wander…

And speaking (or writing) of Instagram and rainy weather, we can now come to our most liked Fethiye photo for the month of September. 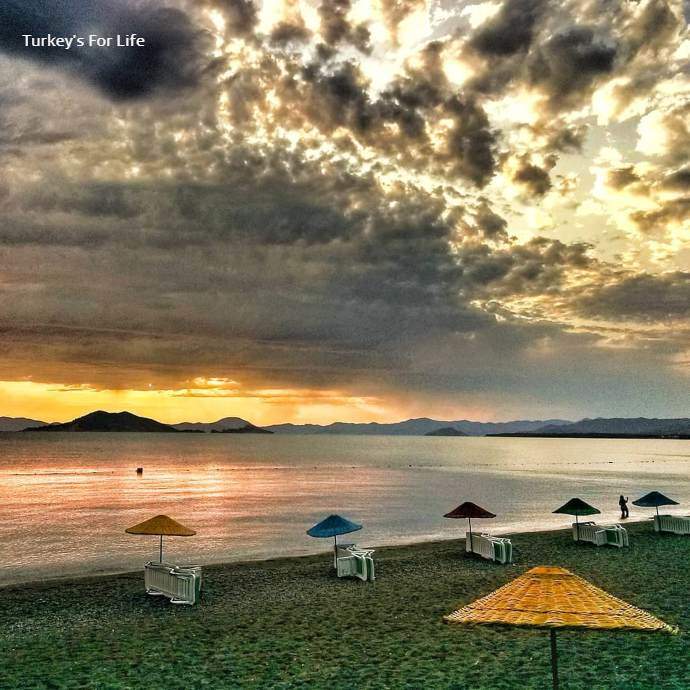 Çalış Beach sunset after the storm

Stormy weather is just as beautiful as the scenes of a sunny day. Our small thunderstorm in mid-September left behind a Çalış Beach sunset that was definitely worth photographing.

October for us – and for Fethiye – is super busy. We’ll be in both Dalyan and Bodrum to take part in running events and the events calendar is filling up fast, too. Looks like another bumper round up at the end of the month…

Thank you for your updates. I appreciate you for including me on your journey's over the months and years (even if I am traveling by couch with a cup of coffee in my hand).

You're welcome, Dr. Jake Henderson. We very often travel by couch or armchair...just until we can save up enough money to do the real thing. :)