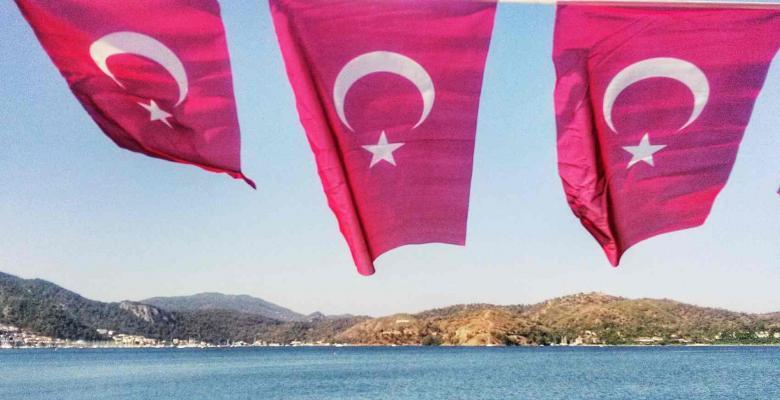 Welcome to our August edition of news from life in Fethiye.

In last month’s update, we were still reeling from the horrendous forest fires that swept across the southern coast.

At the beginning of August, towns and cities along the Black Sea coast of Turkey were pounded with rain, causing horrendous floods, loss of homes and businesses.

Worst hit was the Kastamonu area. And relief efforts are still ongoing.

It’s just been one of those years where the brain struggles to come to terms with what is happening. And also what can happen next.

We weren’t too surprised that Turkey remained on the UK’s red list of countries at the last announcement.

That announcement has effectively ended the summer season for many areas that rely on British tourism.

And it’s sad to see some of the hotels, bars and restaurants calling it a day for summer 2021. Shutting up shop when we’re barely into September.

But, that’s where we’re at, unfortunately.

And that’s the backdrop to the rest of daily life in Fethiye. Which, as usual, continues to plod on and do its thing.

And we’re plodding on and doing our thing. Life is slowing down a little. The Fethiye weather has turned from intense heat and humidity to pleasant and breezy.

When you can function without feeling like you’re going to melt into a sweaty mess, life suddenly becomes much easier.

The cooler weather means our weekly wander to the Çalış Sunday market has become less of a “Let’s just get the necessities and get out of there.” It’s now back to a more pleasing, “Let’s have a wander around and see what’s on the stalls.”

And at the moment, the stalls of the local market are full of seasonal treats. Grapes and figs are stealing the show.

Well, they were mysterious when we first saw them. Not quite so mysterious now.

We went to bed one night. Woke up the morning after to go for a run. And there they were…

Green electric scooters locked to the lamp posts all along the harbour. What on earth?

A little bit of investigation revealed these scooters are already in various towns and cities around Turkey. Fethiye is just the latest town to get them.

You get the Martı app on your phone. Unlock them with a QR code. Take yourself off along the road. And then lock it to the nearest lamp post when you’re done.

Then you take a pic and send it to the company.

We’ve not explored the ins and outs fully yet. But, from what we’ve seen so far, they’re being used sensibly. And some have already made their way further along the harbour.

I saw one this morning, too, locked to a lamp post along the Karagözler.

We guess, eventually, because you can leave them at your end point for someone else to then pick up, they’ll soon be dotted about all over town.

Every year, as per the Lunar Calendar, aşure season comes around.

Also known as Noah’s Pudding, this pudding is made by many around the country. And the tradition is to share it out amongst your neighbours.

This year, aşure time fell in the month of August. Time to loosen the belt buckles a tad if you end up receiving multiple portions from various neighbours!

And then, on 30th August each year, we celebrate the Turkish national holiday, Zafer Bayramı (Victory Day).

This year was the 99th anniversary. So we can expect bigger celebrations next year for the centenary.

This year, in Fethiye, the town was decked in Turkish flags. There was a vehicle convoy and a free live concert in the town square.

As far as we’re concerned, this is quite exciting.

Earlier in August, it was announced in one of the Turkish language news outlets that 2021 would be the year that cleaning and excavations would begin on Fethiye’s castle.

Along with the tomb of Amyntas, the castle has overlooked Fethiye for centuries. And we’ve always thought it looked a bit lonely and neglected.

Indeed, it’s not immediately obvious that what you are looking at is a castle.

Any announcement of restoration is always met with feelings of trepidation. But, for now, what has been announced is a clean up of the the stonework that is already in place. And the clearing of all the wild bushes growing amongst it.

Then excavations will begin around that land.

Those involved in the project will be Fethiye Museum director, Emel Özkan, and Professor Dr Kadir Bektaş from Istanbul Medeniyet University.

So, let’s see if and when it happens. And let’s hope, in future, when we’re on the Çalış water taxi or walking around Aşıklar Tepesi, we see a more-loved castle.

Unfortunately, it wasn’t the best start – a 3-1 loss to Kırıkkale B.A. Spor. Onwards and upwards from here, then…

New On The Blog

As usual, we’re always working hard on background things with the blog. Our new theme design has given us lots to learn. And lots to play with. Hopefully, all for the better.

We do love to keep adding new content, though. And growing the blog with more (we hope) useful resources.

In August, we added to our list of Turkish recipes with a warm meze of fried chicken livers and black-eyed beans.

We know liver is a love/hate thing. But, for those of you who love it, this is a great meze served at room temperature.

Our friend made it and served it on a lavaş flatbread.

Another new article we wrote was an addition to our list of Fethiye beaches. Well, not so much an addition as an adaptation.

Karataş Beach has always been there, of course. It’s just that, now, you can make use of the facilities there. And prices are reasonable.

And we always love to add to our suggestions for eating and drinking around Fethiye.

Our recent anniversary prompted us to think of somewhere different to eat. Somewhere a bit special…

As far as we’re concerned, a seafood meze meal is always a treat!

So we headed off to Girida Port to dine on seafood by the sea. We weren’t disappointed!

And, if you follow this blog regularly, you’ll know we don’t just cook different dishes for the sake of adding them to the blog. And then forget all about them.

Seeing Off The Barbunya Season

What you see on these pages is what we eat. So, August and the next few days are heading towards the end of barbunya season.

Garlic yoghurt with carrots is also a regular. But we had this recently as a separate dish to our chicken livers.

A recent treat of spinach and eggs also meant we had lots of leftover spinach stems. So we’ve also had a tasty spinach stem salad.

Barry made a great impromptu dish a couple of days ago that is definitely going to be appearing as a recipe on here, hopefully during September.

We’ll not tell you what it is just yet. But just to say we have our seafood heads on at the moment.

And that just about wraps up August for us.

Just before we go, however, we just want to say a big thank you to those of you who have started to take the time to write comments on the blog. We’ve had a lot recently. And they’re much appreciated!

We’ve got more articles coming up. More cooking. And – yippee – more travels on the horizon, too!