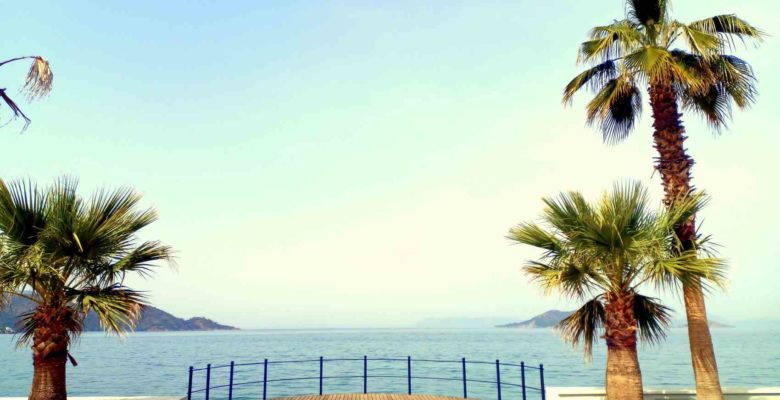 It’s that time again where we look at what’s been going over the past few weeks. And, for once, we’re actually not very late with our Fethiye news update!

Well, there’s been lots going on. So we thought we’d get caught up as soon as possible before we have too much to write about!

So, without further ado…

Due to the pandemic and other events, Children’s Day has become slightly muted over the years. But this year, Fethiye celebrated in style.

A return to past days when we first moved to Turkey.

Not just one day, but a full programme of events lasting several days. And, once again, children from other countries were invited to join in events.

On the day itself, Beşkaza Meydanı (the main town square) was packed with children and families taking part in various events.

A lovely sight after the past couple of years!

Well, after the last two years, anything more than a handful of tourists would constitute a boom.

But the early summer season for Fethiye is genuinely very busy!

So many people around that the Çalış water Taxi has been up and running since early April. A service that only usually begins on May 1st!

It’s been lovely running past on a Tuesday morning and seeing the benches full of passengers heading off to Fethiye market!

Of those that close during the winter months, most of the local bars and restaurants and the beaches and beach clubs are now up and running.

We’ve got lots of friends arriving over the next few weeks. And more have have booked for later in the season.

And, of course, there’s the domestic tourism boost, too, with the Ramazan Bayramı festival (Eid) which marks the end of the holy month of Ramazan.

Preparations for the season continue, despite there already being so many people around.

Every morning, recently, the belediye (local council) workers have been out along the Çalış Beach promenade carrying out snagging jobs and sprucing up the place.

They’ve done a great job of neatening up the paving. They’ve also replaced drains and planted some new palm trees at beach entrances.

And, as for the main entrance to the beach, it finally has a feature that greets people in a positive way.

We love this new seating area with ornamental shrubs and palm tree. Fitting for a beach with arguably the most famous sunset in Turkey!

May 1st was Fethiyespor’s final league match of the season. The team is already in the play offs for promotion to 2. Lig so it was really just a case of playing out the final match.

0-0 with lots of chances to score may not bode well for the play off matches. But we shall see.

We’ve realised recently that one place where we like to go and sit along Çalış Beach has never had a review on this blog.

All being well, we will put that right soon with a review.

In the meantime, let Motto have a mention in our news update, now.

We’ve had a couple of lunches there over the past few months and they’ve both been great.

Whether it’s the case or not all the time, we don’t know, but if you’re a fan of real chips (we very much are), you get them here. Cut into various shapes!

Not served with any chips at all, but really tasty, is their chicken fajitas!

Ahhh, and then there’s the old favourite, Cafe Park Teras.

But, less of the ‘old.’ We have a great big update we need to do for that article. Because, during Ramazan, the bar closed and the guys have done a huge revamp.

The bar reopened on April 30st. So, of course, we had to take ourselves up there straight after the Fethiyespor match.

A whole new look with the bar moved to the side rather than taking up so much space in the centre.

We have ourselves a huge new Cafe Park Teras with open kitchen and a stage for live music.

Wow! It’s spring so, of course, the local markets are brimming with fresh seasonal produce.

Firm baby aubergines have been ideal for making Turkish şakşuka and kızartma.

Now is definitely a perfect time to be experimenting with the different Turkish aubergine recipes.

Broad beans are everywhere at the moment, too.

We’ve made this Turkish broad bean salad with orzo – the colours and flavours of springtime.

Ahhh, and then there’s the bunches of asparagus! So tasty with grilled meats or poached eggs.

Make çılbır and add a couple of sprigs of asparagus for a flash of colour.

Did someone just mention eggs? As it was Easter, we updated our list of Turkish egg recipes.

And it’s not just vegetables and salad stuffs that are attracting our attention. Lots of mulberries and strawberries around at the moment, too.

Both are ideal for making fruity frozen yoghurt!

We’ve also added a brand new recipe to our Turkish recipe collection to the blog in April. See below!

The season is underway. Lots of people, like us, love to use public transport to get around.

Whether you’re toing-and-froing within Fethiye, or you want to go further afield within the Muğla Province, this is our complete guide on how to use the dolmuş.

And our new recipe that we added to the blog in April was, of course, seasonal and is another addition to our list of Turkish vegan and vegetarian recipes.

A few people had been asking us to do a güveç recipe and most of those requests were for a vegetarian or vegan version.

Who are we to argue with all the fabulous seasonal produce around at the moment. Our vegetable güveç was made and presented!

In these times we’re living in, we love to see the odd bit of bonkers news that raises an eyebrow or a smile.

We’ll share that news in our updates, should we come across any.

Take this story of the Adana Kebab for instance. Kebab usta, Yaşar Aydın said he is “a man who likes to make firsts.”

The ‘first’ he was referring to was his attempted launch of an Adana Kebab into space by way of a weather balloon.

Impressively, the kebab reached the stratosphere before the balloon exploded and the kebab fell into the Mediterranean!

Impressive? Or just a waste of mightily good Adana Kebab? The jury’s out…