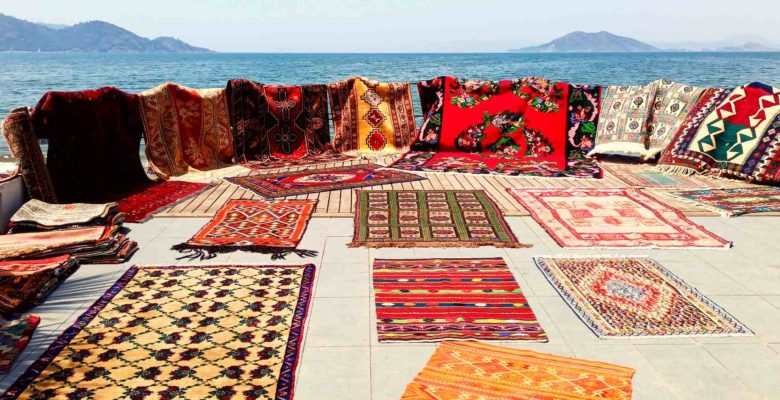 In the month where the inici kefal (pearl mullet) of Van Lake begin their difficult journey upstream to spawn, the summer season really begins in earnest here in Fethiye.

After the last couple of years, we’ve got to say, it’s great to see so many people around, enjoying their holidays (despite the awful struggles of getting through busy airports for those in the UK).

For us, personally, it’s been a really busy month, spending time with friends who have come over for their own holidays.

We’d almost forgotten what it feels like, dashing around, trying to fit in daily life with playing out with friends.

But that’s not a complaint. Tired as we may be, we count our blessings that we’re all able to be together again!

May News From Fethiye

So, without further ado, let’s get cracking with our monthly roundup of news from Fethiye.

In May, we spent a glorious two nights, getting away from it all at Highland Retreat in Nif.

It might only be a short drive away, just up the road to the higher pastures of the mountains, but it felt like a million miles away from town life in Fethiye.

While we were there, owners Nichola and Doğan were hoping one of their egg-laying hens would get broody and give them some cute little chicks to celebrate.

Well, since we left, one hen has obliged and is currently sitting on her eggs. We can’t wait for the photos and videos of those little yellow bundles of cuteness!

We wrote a full article about our stay at Highland Retreat.

Whether you’re here on holiday – or you live here and you fancy a real countryside break in the mountains – we can recommend this place.

Click the link for more details and info on how to book.

May has certainly been the month of festivals and celebrations.

Because we’ve been with friends, a lot of events have happened around us, really.

The spring fayre was one event we did manage to attend. We felt for the stall holders – it was a hot day – but lots of people were there to browse. And, hopefully, buy.

I was on the hunt for a much needed new bag and am now the happy owner of a handmade one, bought from the craft fayre.

Hopefully, it will be hardwearing. But it’s also very pretty!

And if all that wasn’t enough, we had 19. Mayıs Atatürk’ü Anma Gençlik ve Spor Bayramı. This is the national holiday that is a Commemoration of Atatürk, Youth & Sport Day.

This year’s commemorations in Fethiye were perhaps the biggest we remember. Convoys, a parade along the harbour, sports displays (of course).

And then – huge for Fethiye – Turkish group, maNga, did a free live concert on the 18th. Of course, that, too, was in Beşkaza Meydanı.

We always said at the time Beşkaza Meydanı was being built, it was going to come in useful.

You can see just how useful with the size of the crowd that arrived to watch one of Turkey’s biggest rock bands!

After finishing second in 3. Lig at the end of the season, Fethiyespor headed for the playoffs.

Much excitement around town when the team reached the final, to be played in Ankara.

Coaches headed up there, Fethiyeli living elsewhere headed to Ankara. And supporters of other teams sided with Fethiyespor or their opposition, İçel İdmanyurdu Spor to make up the numbers in the ground.

All the effort was worthwhile because, after a 0-0 finish after extra time, Fethiyespor then went on to win 5-4 in the penalty shootout.

An organised vehicle convoy through town, culminating in a concert and DJ set at Beşkaza Meydanı (of course), was held on May 30th.

Flag waving mopeds and motorbikes led the way. Cars, lorries and open top bus, followed – and the video I did is struggling to upload at the moment. Technology is a frustrating creature, sometimes!

Once the groups are drawn and fixtures are out, we’ll be updating our Fethiyespor information and pages so you can keep up to date.

And if as many people make it to the stadium next season as have been at the celebrations, it’s going to be a big atmosphere.

If you’re a regular visitor to Çalış, you’ll know Kuş Köprüsü (aka Utku Işık Yaya Köprüsü). This is the steep metal pedestrian bridge that goes over the canal.

The green metal is adorned with bird decorations, hence the nickname ‘kuş’ (bird).

Anyway, if you know this bridge, you’ll also know that the wooden slats we pedestrians walk on to cross to the other side had seen better days quite some time ago.

Well, two days ago, work began to replace the bridge surface. And this morning, council workers were hammering away, placing a brand new wooden surface over the bridge.

Out & About The Area

The month has flown by, really, and we’ve been to different bars and restaurants around Fethiye as well as some regulars.

Gustorante always features just because we’re always in that area. That was an article on the blog that we need to update. And we’ve finally done that.

A new look for the place and a new menu. If you missed it, click on the link above to check out the updated article.

And, it was a long time coming but we have also now written about a place we go to quite often along Çalış Beach, Motto.

Lots of tasty treats on their menu, occasional live music – and just a nice place to sit along the beach.

Our efforts in the kitchen have mainly been quick dishes this month, just because we’ve been coming and going so much. And eating out, too.

Our current obsession is with poached village eggs. And that means we’ve been able to indulge in one of Turkey’s most famous egg recipes; poached eggs on a bed of yoghurt; çılbır.

We’ve also made a few salad dishes and meze plates from our list of vegetarian and vegan recipes just for light bites.

Turkish broccoli salad has been on the menu, as has Antalya style piyaz. Nothing vegetarian about the grilled köfte we served with the piyaz.

We have a new recipe coming up soon, the ingredients for which are sitting in the fridge as I type.

Hopefully, the dish can be made tomorrow and we can get the recipe up on the blog. Another addition to our list of Turkish recipes.

And finally, we just want to say a big congratulations to local Enduro motorcyclist, Serkan Özdemir.

We actually know him more from the running track – he’s a man of many talents and also happens to be a decent runner, too. Of the ultra marathon description.

However, he is more well known for being a Dakar Rally rider, 7 times Turkey Enduro Champion and 3 times Transanatolia Cup Champion.

Congratulations are in order this time because he’s just been in Greece, taking part in the 7 day long Hellas Rally.

This is apparently one of the toughest races in Europe. And Turkey was represented by Fethiye’s Serkan Özdemir in the Adventure category.

7 days and 1,700km through the mountains later, he won the event!

We’re busy with visiting friends until the second week of June. And then after that, it will be back to our own little explorations for a few weeks and a bit more sensible cooking.

In the meantime, we’ll still be sharing our online jigsaws and local weather forecasts.

And if you’re flying to Turkey soon, we really hope your journey is as smooth as can be and you get to enjoy your break!