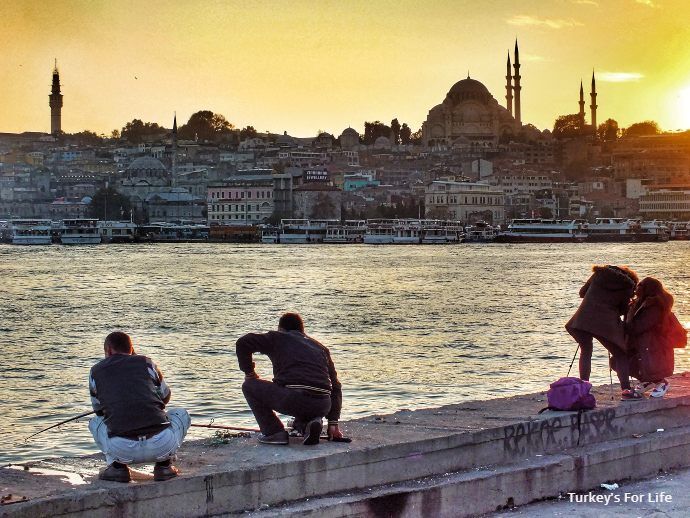 While we certainly haven’t seen all of the prominent mosques in Turkey, Süleymaniye Camii in Istanbul is a definite favourite so far.

We visited here on our first trip to Istanbul some years ago. And we’ve been trying to return since.

In February 2010, we trouped up the hill from Sultanahmet, only to be greeted by a locked gate and a photo showing the restoration work going on inside.

The restorations – undertaken as part of the 2010 European Capital of Culture work – were to last through to the end of the year. So another visit to Süleymaniye was put on hold.

Last month, after reading Süleymaniye Camii was now fully open, we once again trouped uphill, along the famous Divan Yolu from Sultanahmet to Beyazıt.

The photo above shows one of the reasons why Süleymaniye is a pleasant place to be. It’s tranquil.

While thousands of tourists queue up to take a peek inside Sultanahmet Camii (the Blue Mosque), not as many make the short trek up here to Mimar Sinan‘s masterpiece.

Built for Sultan Süleyman the Magnificent between 1550 and 1557, Süleymaniye Camii sits high on a hill overlooking the Golden Horn and down the Bosphorus Strait.

The beautiful views are another reason why we like coming here so much.

BUT, the tourist gods are working against us at the moment. Gardens (with the beautiful views) and tombs closed for restoration!

Not to worry. We were keen to see the newly restored interior…

We arrived half an hour after the call to prayer (mosques are closed to the public during prayer times) meaning there were only a few other visitors milling around outside waiting to enter.

Plastic carrier bags were pulled one at a time from a huge roll and we placed our footwear inside them before entering.

I pulled my scarf over my head and we went inside.

For such a commanding exterior, I find the interior of Süleymaniye Camii to be quite homely.

It doesn’t make you feel small and unimportant like Aya Sofya does.

But while the size of Aya Sofya forces an intake of breath, it’s the intricate paintwork of the central dome and surrounding columns of Süleymaniye that force the same reaction.

There were a few people still praying when we entered the mosque, so most of the photos I took are of the higher levels.

Süleymaniye’s interior is worth a good half an hour of your time if only to appreciate the peace and quiet, the detailed paintwork and colourful, stained glass windows.

And, while many tourists certainly do make the visit to Süleymaniye, maybe it doesn’t see the masses present in Sultanahmet. Because, from ground level, it’s surprisingly difficult to spot.

Despite its elevated position, as you take a right off Divan Yolu towards the mosque, once you’re up close to the grounds, the only thing you can see is a huge, stone wall.

If you do make the effort to get there, continue to follow the perimeter of the wall and eventually, you’ll see the entrance.