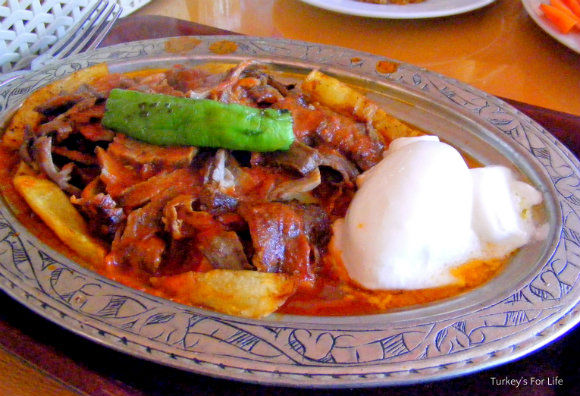 Most of our overnight stays in eastern Turkey were spent in our friend’s apartment in Patnos where she teaches.

Amazingly, we don’t have a single photo of Patnos (in the province of Ağrı) itself. It’s a small town, no landmarks to speak of, and as soon as we set foot off the bus from Erzurum, you could almost feel the whispers passing from person to person…

Two foreign tourists are in town.

We’re certainly not knocking Patnos. It’s not on any sort of tourist trail but it’s actually perfectly positioned as a base for touring the region (as we did).

It’s just that it wasn’t the sort of place for wandering around taking photos. Everywhere we went, mumbles of “Tourist,” could be heard behind our backs. This was nothing mean or threatening; the complete opposite in fact.

Shy kids and teenagers intrigued by our presence in their little town.

As soon as we turned round to smile, they would avert their eyes or walk quickly by with head down and little grin – nothing like we’ve ever experienced.

For some, this would be a photographer’s paradise. For us, we were just kind of taking it all in.

But We Did Photograph The Food Of Patnos

Not all of it. Wow, we ate well, while we were there.

Carnivores of this world, this place is your meat-eating dream come true. Vegetarians of this world…well, your menu might be a bit limited.

You do get simple salads served with your meals. And, wherever we went, each meal was served with a plate of roughly chopped Antep Ezmesi.

And helva (that’s the sweet brown-sugary-looking-thing in the bottom right corner).

We couldn’t really get our heads round dipping our teaspoon into that grainy sweetness. Especially not so much of it.

Yes readers, the three red and green salads are about as light as it gets. If you’re heading east, it’s time to throw caution to the wind, loosen your belts and fill your boots…

…because we’re not on Mediterranean or Aegean shores any more.

This is not the place of light meze dishes and salad while you bask in the sunshine.

It’s a very harsh climate round here, they breed livestock round here. Lots of it.

Compared to the west of Turkey, meat is cheap and salad stuffs nowhere near as plentiful.

We’re in the land of hearty comfort food – food that is going to see you through the day.

Tencere dishes (stews) packed with chunks of meat and winter vegetables. They’re not shy with the oil either!

Most meals are served with rice. It’s a longer grain rice than you get in the west of Turkey – and lavaş bread. Lots of lavaş bread!

All of these dishes are from the same restaurant in Patnos, Cağ Kebabı.

This and another restaurant, Sofra, were our favourites. And this post has come about because the friend we went to see is back in Fethiye at the moment on school holidays. We saw her a few days ago:

“Everyone’s asking about you,” she said. “The restaurants want to know when you’re coming back.”

Ahhh, to be the famous foreign guests. Like Posh n Becks we were.

Double helpings of the helva for us (we couldn’t get through one helping, never mind two) and not just recommendations of what to have but strong suggestions.

“Try the döner,” said the waiter to us one day.

Our faces must have given us away. We weren’t much fancying a döner kebabı because all the other meals in the bain marie looked so inviting.

“Okay then, we’ll have döner.”

We’re such pushovers – but our waiter and dönerci loved us even more for it.

And the döner was proudly served. And we’ll give them that; the meat was indeed ‘very good.’

So the next time we went, I chose the Iskender Kebabı.

The home of Iskender Kebabı is Bursa in the northwest of Turkey, but we figured they’d do a good one here just because of the quality of the döner meat.

Iskender Kebabı is pide bread topped with döner meat and served with natural yoghurt and a tomato sauce. Traditionally, hot melted butter is then poured over the top.

Sometimes, restaurants in tourist areas skip the butter part, but I just knew the butter would be forthcoming here. And it was!

Just as they’re not shy with their oil in this area of east Turkey, they’re also no strangers to a generous helping of butter! Another notch down in the belt.

And of Sofra, our other favourite eatery, the only foods they served were pide (meat-topped of course) and kebabs. Their pides were huge.

And they served açık ayran. This is the homemade stuff where you get a thick froth on top.

You could stand your spoon up in this froth. I did. I ate the froth with my spoon before drinking the liquid ayran further down the cup.

Unbeknownst to me, the waiter had been watching this performance.

The second time we went, it was keen handshakes and welcomes. Then the waiter came over with a large, oval plate and placed it before me with a proud grin and a spoon.

This was my gift for loving their ayran – a massive plateful of light, creamy ayran froth!

Hospitality – it comes in all shapes and sizes and there was definitely no shortage of it in East Turkey!