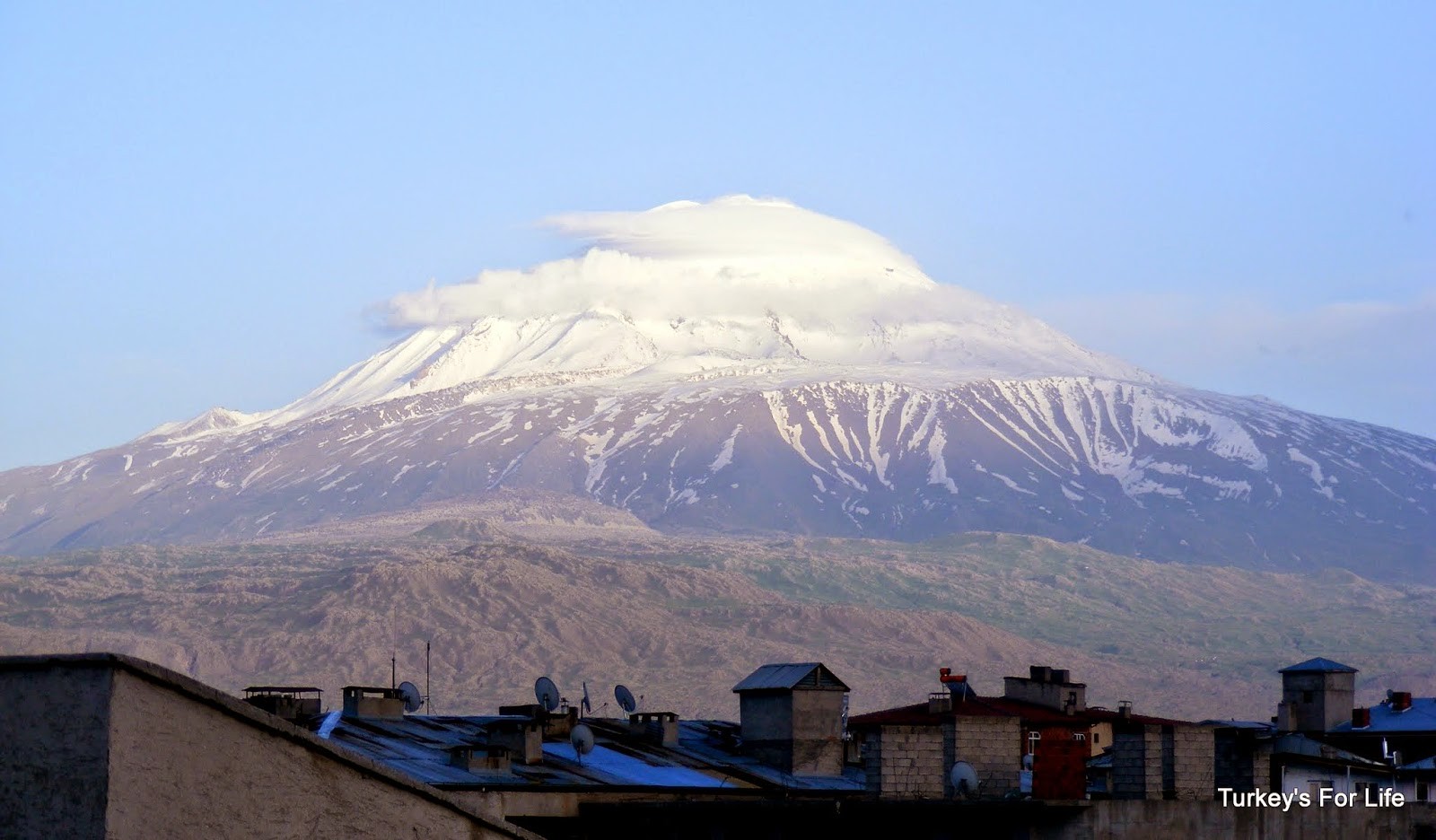 So allow us to refer you back to the map of our East Turkey road trip. We started off at point A, Patnos, and drove Southwest to point B, Muradiye Waterfalls. In our last post, we then headed northwards to Doğubeyazıt so we could visit the amazing Ishak Paşa Sarayı. After that, it was decided we would press on northwards because, if we weren’t too tired the day after, we would head even further north to Kars and the ruins at Ani. That needed an overnight rest stop in Iğdır (point D on our map) and that’s where this little adventure continues.

Because it’s always the places where you least expect it to, that adventure strikes. A simple sleep was all we wanted…

We arrive in Iğdır to find a cosmopolitan town decked out in the usual flags and buntings to commemorate Gençlik Bayramı the following day. It was because of Gençlik Bayramı that our visit to Anıtkabir in Ankara, just a few days earlier, was affected. Well, little did we know, Gençlik Bayramı was once again going to play a part in this little travel story.

We find a parking space, pay the warden and we all go off for a wander around town. The girls quickly disappear into the high street chain stores – two of them teaching in a small village – Doğansu – just outside Patnos. They’re happy to be in ‘town-centre-surroundings’ once more. If you read this blog a lot, you’ll know me and Barry are not the best shoppers in the world. We go off for a wander around the streets.

The weather is positively balmy. As towns in this area of East Turkey go, Iğdır is an anomaly. Most towns and villages around these parts are at high altitudes. The winters are long and harsh and, while spring is definitely evident in the wild flowers and the thawing of the snow, there’s still a wintery feel to the weather. However, Iğdır sits in a huge bowl on a plain. The temperatures are moderate and it’s here where most of the salads, fruits and vegetables are grown for the region (Meat dishes prevail in the east due to the climate). Much of Iğdır’s wealth comes from agriculture and the area is most famous for apricots and cotton.

We see a stork feeding her little one in a huge nest atop a building we don’t take much notice of. Our friend is with us and she insists on another Barry&Julia photo in front of the building; stork in the background. This was to be our first Iğdır brush with the law. A policeman comes trotting over, stern-faced. “This is the governor’s house, photographs are forbidden.”

Now, situations like this can go one of two ways. As you apologise – smiling, of course – the official remains stern while asking you to delete the photos and watching as you do so (this has happened to us in the past). The second way is what happens here. The official realises we’re foreign and looks delighted by the fact we’re in Iğdır. Our friend explains we’re just looking at the stork and we didn’t realise it was an official building and we’re sorry.

“Ohhh, the stork.” The official’s face turns from officialdom to one of fatherly concern. “Yes, you can take photos of her. We’re worried about her. Look at her feathers.” We look up. She does look a bit bedraggled. “She was fine and then two days ago, it hailstoned. Really big hailstones. She’s not been the same since. We’re keeping an eye on her…”

Our friend chats more, explains who we are and why we’re here; she explains who she is, where she’s from, where she works…and he explains who he is and why he’s here…and we stand next to our friend, smiling…we all share names, shake hands and bid fond farewells. That’s Turkey for you.

Iğdır proves interesting. You’re as likely to see cars with Azerbaijani registration plates as you are Turkish ones. The central park area where the cafes and tea gardens are is named after former Azerbaijan president, Haydar Aliyev. When our friends stop someone to ask where our hotel is, they have to listen carefully to the reply. Azerbaijanis make up the largest proportion of Iğdır’s population and, although the Azerbaijani and Turkish languages are related, the different accent forces our friends’ concentration.

There are pushbikes for rent – they’ve got very much a ‘classic’ look and you have a choice: you can either ride around on a Fenerbahçe bike or a Galatasaray bike. Pity the poor person who’s a staunch supporter of any other team…maybe they just don’t hire the bikes.

And of course there’s Iğdır’s extremely close proximity to Mount Ararat (Ağrı Dağı). The photo above was taken from the balcony of our room, early in the morning, and it was the closest we got to seeing the summit.

Why were we all up so early? Because after our wander around town the evening before, we returned to our car…except the car wasn’t there. Enter Gençlik Bayramı and our second brush with the law in Iğdir. Our car was parked in the town square where the Gençlik Bayramı commemorations would be taking place. When our friends called the police, they kindly explained to us the car had been towed away and it was now impounded. Some of our group went off to the station to try and speak to someone. Try tomorrow was the answer they got.

Oh joy! So here we all are, early the following morning with one car between seven of us. The other car – our hire car – is locked up somewhere in Iğdır – and it’s a national holiday – we don’t know if the car will be released on a national holiday – and we need to have the hire car back in Patnos later this evening – and we’re miles away from Patnos. None of us can even think about the rest of the road trip. We just need to get the car back. Lots of hovering, hands on hips, everyone trying not to blame the other one for the loss of the car (we had debated moving it the day before and decided to leave it where it was).

It’s decided four of us will go to find the police station – me and Barry will be two of the four people as I’m the driver…and we’re foreign. There’s always the hope the nice policeman will like foreigners…

Well, the road trip did indeed continue – with a bonus trip to somewhere else before Kars and Ani – and we’ll tell you all about that bonus trip and how it came about, and our police station experience, in the next instalment of our East Turkey road trip.