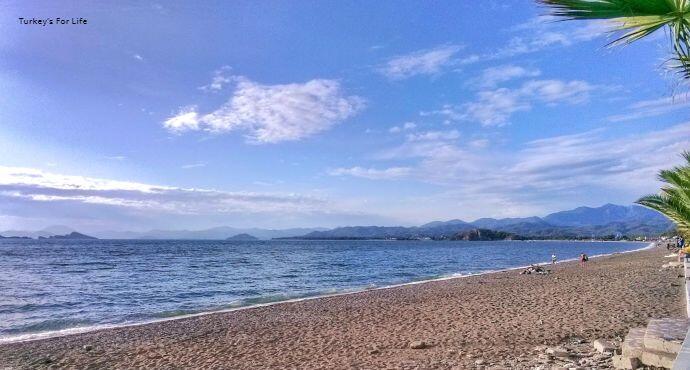 Most of the article below was written before the weekend, on Friday afternoon.

As I was coming to the end of writing it, terra firma all of a sudden didn’t feel so firm.

And we, even in Fethiye, experienced a long earth tremor. Perhaps the longest one we’ve felt since moving to Turkey.

We knew that someone, somewhere was experiencing a sizable earthquake and a quick flick to Twitter revealed the epicentre to be off the Greek island of Samos.

When we saw Greek and Turkish authorities were measuring the strength of the earthquake to be 6.9, immediate thoughts – and fears – were for the city of Izmir and its many high rise buildings.

We downed tools, turned on the news, and that was pretty much the story of the weekend. And that, of course, has continued into this week.

Rescue workers were still working round the clock until Wednesday. NGOs still are.

And, just a couple of days ago, a four year old girl was rescued from a collapsed apartment block, 91 hours after the earthquake happened.

There are many aid organisations on the ground in Izmir providing emergency services. And also planning for the longer term, too.

If you want to help, here are just a few of the ways you can do this:

It’s been an emotional few days, to say the least. Geçmiş olsun, Izmir. And wishing a speedy recovery to the Greek island of Samos.

And so, here’s where we were at last Friday afternoon – with the last few days added:

It’s that time again where the end of another month is once more upon us.

That month, of course, is October, and, in true October style we’ve had much needed rains. And a good few rumbles of thunder, accompanied by flashes of lightning.

October is the month where autumn really starts to make its presence felt.

A time when life slows down, when we delve into the more comforting Turkish recipes and when we can think about some longer hikes and walks around Fethiye.

But what of other news from Fethiye?

October was the month where our Facebook page reached the huge milestone of 30,000 Likes. Thanks a lot if you do like our page and contribute.

There are a lot of bloggers out there who have given up with Facebook because they don’t get any interaction on there. This is partly due to algorithms.

But, for us, it works. Algorithms or not, lots of you are there – commenting and loving Turkey.

As with this blog, our Facebook page is a happy place to be; hunting out all those positives in life.

All the more important during these times we’re living in right now!

October is the month where Turkey has a very important national holiday.

The norm in Fethiye is to have children’s performances at Fethiyespor Stadium and a torchlit procession along the harbour in the evening.

Obviously, the situation is a bit different this year. Rather than the torchlit procession, an organised, flag waving car convoy took place instead.

If you know Fethiye, you’ll be familiar with the letters that line the edge of Beşkaza Meydanı (the town square) in front of the culture centre.

The letters, placed there in August 2016 were filled with sea plants that never seemed to survive for very long.

And so we were left with straggly plants and soil. Just not very practical – or brightly coloured.

Well, this month, all of that has changed.

We now have some brightly coloured lettering that is not only practical and vibrant; the letters also light up at night. It’s a thumbs up from us!

Farewell To The Beds & Umbrellas

And this also happens in October along Çalış Beach…

We say farewell to the beds and umbrellas used by the summer sunbathers.

A good smattering of sunbathers are still there – when it’s not stormy – but they either need to bring their own furniture or they lie on the beach.

Aside from that, though, Çalış Beach now has its ‘winter look.’

This was the scene a few days ago the day after the beds had been taken away. Just a vast sweep of beautiful empty beach.

As we transition from summer to autumn, so does the produce on the local markets.

If you read this blog a lot, you’ll know we love seasonal ingredients and the dishes we get to create from those foods.

In the past, we’ve written a lot about pomegranates but this all-things-pomegranate article brings all of that together in one place. Click the link if you missed that article.

In October, the end of summer red peppers and tomatoes are stacked high on the stalls of Fethiye market and the Sunday market in Çalış.

This month on the blog, we did our recipe for kahvaltılık sos – a type of homemade ketchup that can made in bulk and jarred up.

A great addition to the Turkish breakfast table. But this sauce also perfectly complements lots of other dishes such as homemade köfte and fish cakes.

This is where we head out of October and spill over into November. And, as if the weather knew November had arrived, the rains fell.

And, with that, the saffron milk cap mushrooms sprouted…

We love this mushroom.

Known locally as çıntar, our article has a few saffron milk cap mushroom recipes for you to try.

The change in temperatures means thoughts are turning towards more foods that offer some cosy comfort.

It’s soup season now so we’ve already made the classic spicy lentil soup and we’re also experimenting with some different ingredients, this autumn.

Using seasonal vegetables of course. Broccoli and celeriac have come into play.

Homemade pide has again been on the menu – this time with a filling of kokoreç. A winner!

I also have an idea up my sleeve for a seasonal pide filling for November. But we’ll tell you about that if and when happens…

Barry is also really looking forwards to making his Izmir Köfte. Definitely a dish we class as winter comfort food.

A World Of Sport

Two good wins for Fethiyespor during October means they are now 2nd in the league table. Dizzy heights!

And, as for the basketball team, well, beating Galatasaray and Beşiktaş in quick succession – these guys mean business! It’s not all plain sailing for them.

13th in the Super League standings means there’s work to be done. Good luck to them.

Throughout October, people who wanted to, took part in this year’s Extraordinary Yaşam İçin Yarış – Fethiye’s Race For Life – which raises money to improve cancer services for people in the area.

We did our run over the weekend. The Saturday should also have been the Caretta Run in Dalyan so it was a double whammy, two-in-one run.

The Fethiye part for Yaşam İçin Yarış and the Dalyan part, we did for Izmir.

There’s still time to donate to this year’s Yaşam İçin Yarış fundraiser. Head on over to the Just Giving page if you want to make a contribution.

And that’s about it, really. Yes, we’re running late with the October news.

But, with regards to the Izmir and Samos earthquake, it’s been a tragic end to the month. And beginning of the new month.

But that beginning has still brought with it the ‘miracles’ of children being found alive so long after the earthquake struck.

As rescue efforts come to an end, there will still be agencies on the ground supporting those who need it throughout the coming weeks and months. Tents, kitchen sets and sanitary areas have been – and are being – installed.

As for daily life in Fethiye, that will go on. And we’ll see what the rest of November brings…