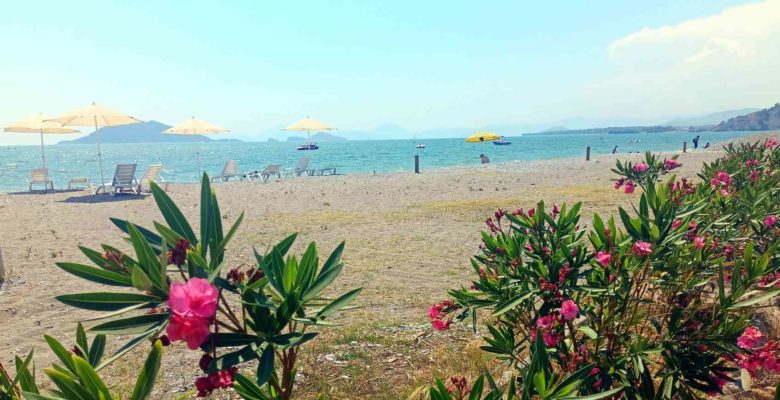 It was all going so well!

We’d just got our monthly Fethiye news updates back to a nice monthly cycle. And then the end of June, beginning of July got really busy.

And here we are with a good chunk of July already behind us. Such is life…

Let’s have a catch up of what’s been going on over the last six weeks or so since our last round up.

A passionate hatred for forest fires; especially after last year’s fires that engulfed much of the Mediterranean coast.

This year, there is a more heightened level of alert.

We had a small forest fire in Fethiye above the Karagözler on 6th June. The fire fighting helicopter was straight onto it. So, thankfully, the fire was soon extinguished.

On June 21st, the Hisarönü area of the Bozburun Peninsula, near Marmaris, was then engulfed with a huge forest fire.

Same area as last year’s fires, similar time of year. Just sickening to watch it all happen all over again.

This time, forest fire planes were able to be deployed and the TOMAs (police anti-riot vehicles with powerful water cannons) were out straight away.

They helped the effort alongside firefighting teams and other personnel from the local area and elsewhere in Turkey.

It was a long job, but it was eventually extinguished after a few days. Local firefighting teams stayed on to dampen the area down.

Dare we say it – fingers and toes crossed – no more significant fires in the area since then.

But we’re very conscious of the fact that we have a full summer ahead of us.

Our local belediye (council) are running an online hashtag #YangınÖnlemekSeninElinde – Fire Prevention Is In Your Hand.

This is backed by images and phrases: Don’t throw your cigarette butts and Don’t throw glass (bottles).

With thousands more people in the area over the current extended Kurban Bayramı holiday period, councils are keen to get the message out that we must be careful. And do everything we can to protect the local environment.

Beach Life – But Not As We Know It

A bit of a hoo haa in June when some of the camps and beach clubs along Koca Çalış were abruptly closed and partly demolished because they were illegal.

There one day. Gone the next.

We’ve removed those beaches from our Fethiye Beaches page.

Don’t worry, the likes of Yücel and Güven’s are still there. We lost a handful just further along the beach, where the tents were popping up en masse.

And then, further along, still, the likes of Surf Beach and Zentara – that stretch – they’re all open, too.

Apparently, the area that has been cleared is going to be made into a council-run beach.

As there’s not much action on this, yet, we guess that will be a winter project.

If you’re someone who likes to feed the street animals when you’re in Fethiye, you can now do this by also doing your bit for the environment.

We now have two pet food dispensers along Fethiye harbour.

It’s really simple: Put 5 pieces of recycling into the machine (glass, plastic or metal) and a little bag of pet food will be dispensed for you to use.

One of the machines is situated along the harbour between Denizatı Restuarant and Fethi Bey Park. the other one is closer to town, on the harbour, backing onto Beşkaza Meydanı (the big square with the statue of Atatürk).

A Trip To Kayaköy

You forget that you’ve not taken time out to enjoy really enjoy the locality and all that Fethiye has to offer in a while.

We hadn’t been to Kaya village in a while so we decided to jump on the dolmuş and go for a wander around the ruins and the village. And eat a gözleme.

A change of scenery!

There was a little bit of method to our impromptu day out, too, of course. We’ve now rewritten a whole new, up-to-date, guide to Kayaköy.

That was the big new addition to the blog for June. These things take time.

And A Trip To Rhodes

And then, towards the end of June came the culprit which has sent all our timings for this article awry.

No regrets or complaints, though!

Since the beginning of the pandemic we hadn’t left Turkish shores. So we had a short break on the Greek island of Rhodes.

It was much needed. And much appreciated!

We did lots of exploring. So we’ll be writing articles about that over the coming weeks and months as it’s such an easy hop over from Fethiye or Marmaris for a day trip or short break.

What can we say?

That time of year is upon us where we really need to consult our appetites before we eat.

Barry’s worse than me.

He really loses his appetite in hot and humid weather so we tend to have a few meze dishes on the go rather than bigger one-plate meals.

In June we added our gül böreği recipe to our ever growing list of Turkish recipes. A small pastry always goes down well for me!

As the filling in this one is potato and spinach, this börek is also part of our vegetarian and vegan recipes collection.

Other than that, it’s been lots of salads. Gavurdağı salad and green bean salad have been regulars.

Melon season is also upon us. What can be more refreshing and cooling than a cheese and melon salad?

Yes, we might be in summer holiday mode but the football world is getting ready for the upcoming 2022-23 season.

2. Lig is divided into two groups (Kırmızı-Red and Beyaz-White) and on June 30th, the draw took place to decide which teams would be in which group.

The club management committee has been decided, transfers are taking place, the fixtures are out. It’s all go.

The season starts on August 28th and we are away to Zonguldak, way up on the Black Sea coast.

Just an update for this section, today.

In May, you might remember we had a blissful few days in the mountain air at Nif Highland Retreat.

This is our friends’ place that they are renting out for short stays.

The cottage we stayed in is for 2 people but they now have a stunner of a cottage that sleeps 4 people and has views like this.

If you fancy a night or few in the mountains, you can see photos of the cottage in this post on their Facebook page.

(Disclaimer: No commission for this or anything. just a plug for our friends’ place that we really like).

And that’s about it.

It’s Sunday, so we’re gonna take ourselves off to the Sunday Market in Çalış and stock up on summer seasonal produce.

We’re sure we’ll have lots more news for you in the coming weeks. Nothing stays still in Fethiye for too long…