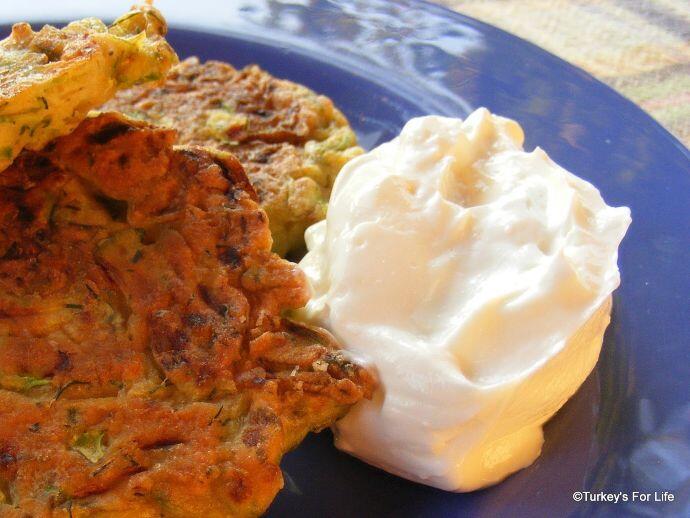 Mücver (courgette / zucchini fritters) is absolutely gorgeous and the recipe is something I’ve been playing about with since we moved into this house.

It’s still not how we want it but it’s getting there.

The quantities are something you just have to play with so that you can get your mücver exactly right for you.

Whenever I made it in the past it was either too eggy, too floury, too oily…the list goes on and so fırında mücver filled the gap for a while.

But, not to be defeated, I’ve soldiered on and the ones I made the other day were the best attempt yet.

As we said in our previous post, mücver is very good friends with a dollop of Turkish süzme yoghurt.

If you can’t get Turkish yoghurt, Greek yoghurt is very similar. If you like garlic (we do), grate some into your yoghurt for some extra flavour.

We ate the first, lukewarm batch as a meal and then we let the rest of the mücver cool down and ate it as a snack, straight from the fridge the day after.