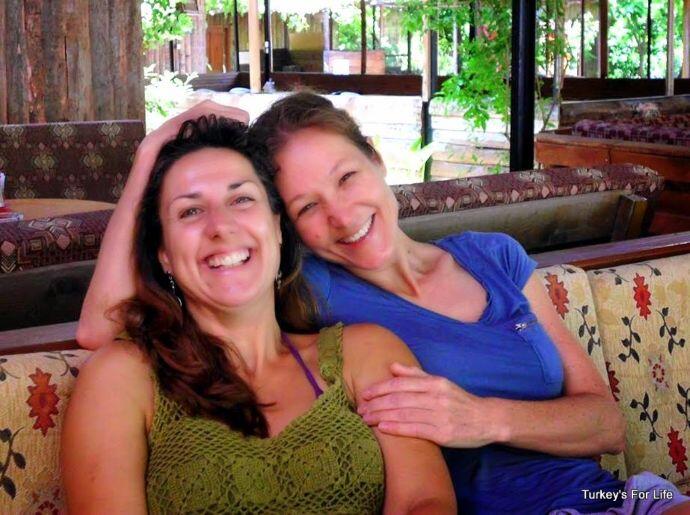 “Hi Barry and Julia. Apologies for the slow reply. We had a terrible forest fire in Adrasan over the weekend and I was helping friends out…”

And life’s like that. The author of the book we’d been invited to review couldn’t reply to us because she was helping friends in a clean up operation after a recent forest fire.

In the opening of ‘Ayşe’s Trail’, the book we’ve been invited to review, our central character, Ayşe, is fleeing for her life from a forest fire that’s ripping through the mountains between Patara and Kalkan.

Ayşe came face to face with the devastation of forest fire in 2008 as she trekked the Lycian Way, and our author, Atulya K. Bingham, was dealing with the aftermath of Adrasan’s forest fire just a few weeks ago, in June 2014.

As I type this, I’ve literally just finished ‘Ayşe’s Trail,’ and Barry is half way through it. Three days to read; that’s all it took.

For three days I’ve been lost in time amongst the craggy rocks, bays and mountains of southern Turkey’s Lycian Way and, if you read this book, you will be, too.

I’ve been on a journey with Ayşe as she sets off alone from the ancient city of Olympos and heads westwards, towards Fethiye.

She’s never done a long distance hike alone before and I’ve turned page after page to see how she copes with her journey and how that journey ends.

Except we’re not just following the literal footsteps of the inexperienced hiker on a mission to conquer the trail.

Lycia is too special for that.

Lycian Turkey, a place and a time that has drawn us and enchanted us since we first set eyes on Tlos. And the Xanthos Valley below, is both the physical and the mystical setting of this story.

Maybe that’s why I really enjoyed reading ‘Ayşe’s Trail’ and turned the pages so easily – because what used to be Lycia is where we live.

We love this area. We love that it’s history, even though its all around us, is still so much unknown.

And really, everything about this story is history and time and how we all fit into that.

As Ayşe treks and struggles along the trail – she struggles but is doggedly determined to continue – we learn how Ayşe came to be in Olympos in the first place.

Because Ayşe came to Olympos, alone, from Istanbul. Not the done thing for lots of Turkish women.

You can read her story, though. Let’s not spoil that for you.

It’s a story of Istanbul in the 1990s – a story of growth and how the city changed and how Turkey changed – and a story of how Ayşe fitted into that.

Because we’re all individuals. This is Ayşe’s trail.

And, as Ayşe treks from east to west, we’re also taken back to the time of the Lycians – the people who have left modern day us with the rock tombs we all love to photograph.

We’re taken to the time when the Persians, lead by warlord General Harpagos, are taking this area for themselves in the name of Cyrus the Great.

But, simultaneously, as we learn about Ayşe’s trail, the trail of Harpagos also unfolds.

Because history is always concerned with dates about who conquered whom and on which date.

And we’re following the people involved, and their lives and their feelings. Because after all, we’re all just people.

General Harpagos and his vast army have conquered their way through many a land until they reach Lycia.

In Lycia, we learn of this Persian strength but we also live with Harpagos – Harpagos the man – and why he is where he is.

Because we’re all just people, doing our thing, and we’ve all got a story to tell.

What makes Harpagos who he is, is far more than his conquests.

And who – or what – ties Ayşe and Harpagos as they both try to conquer Lycia and its rugged coast?

We have a storyteller. An all seeing, omnipresent storyteller who watches over both Ayşe and Harpagos and fills in the gaps for the reader.

Our all seeing, omnipresent storyteller is the one who fills us in on Ayşe’s past while Ayşe sleeps fitful sleeps in her tent.

Our all-seeing omnipresent storyteller is the one who observes the wildlife of Lycia as it goes about its business while Ayşe treks, while Ayşe sleeps, while Harpagos conquers.

Our all seeing, omnipresent storyteller is the one who tells us of the fate of Lycian capital, Xanthos, and also of Letoon and Leto.

Leto; lover of Zeus, mother of Artemis and Apollo, worshipped by the Lycians, guardian of secrets…

And that’s it, really. Ayşe’s Trail is a great read. There are parts of the story that will resonate. Parts that you’ll find enchanting. All of it will make you want to lose yourself along the Lycian coast, somewhere.

It’s very much a recommended read!

Thanks very much to author, Atulya K Bingham, for asking us to review ‘Ayşe’s Trail’ and for permission to use the photo of herself and Ayşe in Olympos.